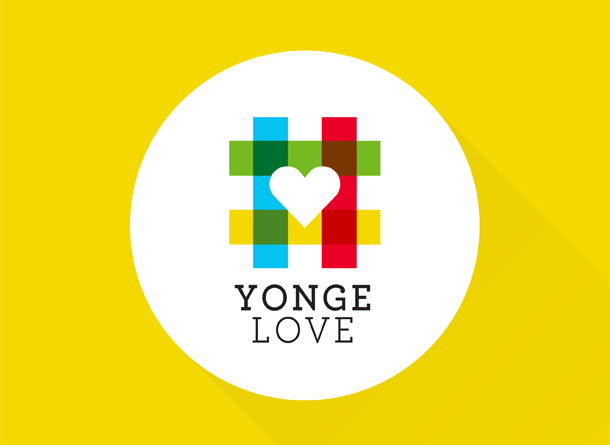 Yonge Love: Toronto’s Oldest Street is Getting a Makeover

Yonge Street (the part in downtown Toronto, anyway) is experiencing a major makeover. As BlogTO reported recently, long stretches of buildings are boarded up in anticipation of growth. The Globe’s Marcus Gee reports that “more than 30 building projects, many of them soaring towers, are in the works.” And that includes six proposed towers at Yonge and Gerrard in addition to Aura.

However, the biggest change at street level may be an initiative through the Downtown Yonge BIA, which recently released a report proposing that the stretch of Yonge between Queen and Gerrard be more pedestrian oriented. “It was overwhelmingly clear from the comments that people, not cars, should be the main focus on Yonge,” DYBIA Chair Mark Garner told the National Post.

The report is the result of a months long campaign on social media and a pop up that asked people what they wanted Yonge Street to look like.

So what does this mean for the average Torontonian? It could mean that stretch of Yonge is no longer a place to avoid. Parts of Yonge could be closed to cars for part of the year, which would make it much more pedestrian friendly, much like Times Square in New York City. It could be home to street festivals, better shopping and perhaps even bike lanes!

There are a number of historical buildings along Yonge Street, which makes sense as it’s Toronto’s oldest street. One example of how these buildings can be saved is at 205 Yonge Street, where the Bank of Canada is being incorporated into the Massey Tower.

A full scale makeover of this section of Yonge Street is long overdue!