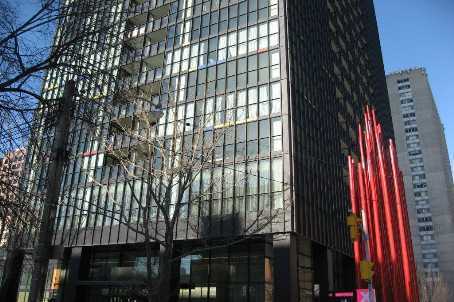 I’ve had the opportunity to be the listing agent for a couple of one bedroom plus den suites in X Condos at 110 Charles Street East and I must say I’m pretty impressed with the building!

Both of the suites sold very quickly and for record prices for the model type that they were. I’ve also shown suites to a couple of condo buyers that have come my way so I’ve had the chance to see a wide selection of floor plans and finishes in X.. Great Gulf has definitely done a stellar job with this new condo residence. The lobby is gorgeous (apparently they spent 3Mil on the marble alone), the pool and common spaces are well thought out and the individual suites have sensible layouts that allow for open concept living… oh! and killer views because of the floor to ceiling windows.

The one thing that stood out for me, aside from the quality finishes that they used in the common areas and in the suites, was the fact that the common areas including the amenity rooms and gym were completed even before the mid to upper floors took occupancy. This may not be a big thing to most but what it tells me is that Great Gulf looked after the people that took occupancy of their suites first instead of waiting for all the other suites to be completed. They invested in the building and the occupants before getting all their money from everyone… it’s an admirable trait!