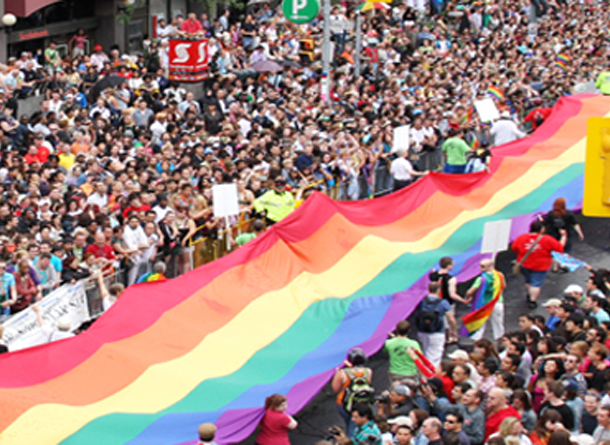 Toronto neighbourhoods always come alive when the warmer weather hits but none vibrate with the same level of excitement as does the Church and Wellesley neighbourhood and this year is no exception… although maybe doubly so this year since Toronto is hosting WorldPride which officially kicked off on June 20th.   The big weekend is still coming up though – the 27th, 28th and 29th. This is the fourth incarnation of WorldPride and the first one hosted in North America! You can expect three parades (Dyke March, Trans Pride March and the Pride Parade) and the crowds are expected to be 66% larger than in previous years. Where all those people are going to go is anybody’s guess as hotels in the area are usually booked well in advance in a regular year.

The sheer number of events is overwhelming this year, but Pride Toronto has done their best with full listings on their website.

The live performances are among the highlights – and we are expecting performances from Deborah Cox, Chely Wright, Carly Rae Jepsen, Tegan and Sara and at this year’s Starry Night at the 519, four of the finalists from the year’s RuPaul Drag Race, plus some of Toronto’s best talent.

It’s not all fun and games, though. As part of Worldpride, there is a three day Human Rights Conference at U of T.