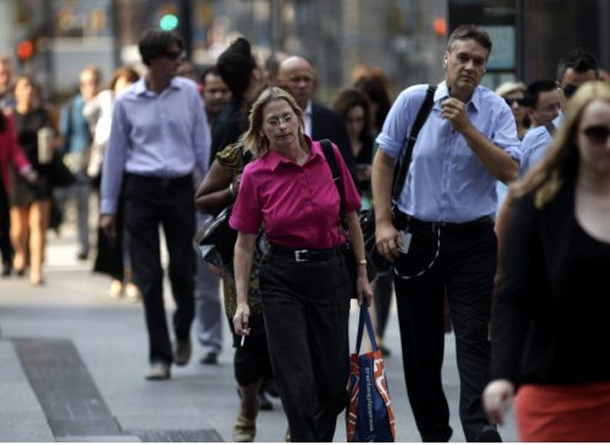 Who lives and works in the financial district, Toronto’s 9-to-5 neighbourhood

The Toronto Star recently published an interesting profile of who lives in the Financial District. Or rather, who doesn’t live there.

According to the article, 200,000 people work in the neighbourhood during the day, but only about 2200 people actually live there!

Keep in mind that there are very strict borders for the Financial District Business Improvement Area, from Yonge west to Simcoe and from Queen Street to the GO tracks in the south. So while there may be thousands more people living within a few minutes walk, they don’t live within the borders of the BIA.

According to the article, “the financial district is home to only three residential towers (including the Empire Plaza, Graphic Arts Building) , two hotel-condos (One King West and Trump Tower) and another building under construction (The Residences of 488 University Avenue.”… I think they forgot Shangri-La, 71 Simcoe and perhaps a few others!

Click here for the full article and more stats!