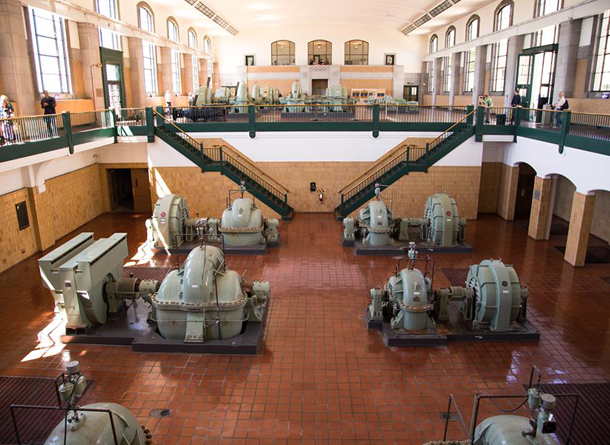 May is a terrific month for people who want to find out more about Toronto’s heritage: Jane’s Walks takes place this Saturday and Sunday, Doors Open Toronto happens on May 28th and 29th and the Toronto Archives continues to present an exhibition on some projects that were planned for the city and due to various reasons, were never built.

This weekend, cities around the world are celebrating urban activist Jane Jacobs by holding different walks all weekend. It happens every year, this year is special because it would have been her 100th birthday. I’ll be going on one Saturday morning but they are happening all weekend and definitely worth checking out. There are literally dozens of different walks. Most are happening in the core, such as A Walk in St. Jamestown /Cabbagetown and Making a Scene in the Annex, but they’re as far west as the Etobicoke Waterfront and as far east as Lawrence and Port Union. The walks are all free and lead by locals. It really is a great initiative.

A quick primer on Jane Jacobs: Although Jacobs was American, she moved to Toronto in 1968. Many people may know her from her involvement with the Spadina Expressway, or rather getting the project killed. You know the Allen Expressway which ends at Eglinton? That was supposed to be a multi-lane highway going down to south of Bloor, connecting Yorkdale mall with the downtown core. Jacobs was a big proponent of building cities for people and not for cars. She was instrumental in getting the project cancelled, although the Spadina leg of the subway was part of that project, and thankfully not cancelled.

Also marking Jane’s 100th birthday is an exhibition at Urbanspace Gallery at 401 Richmond Street West displaying items from her home curated by her son, Jim Jacobs and architect Margie Zeidler. Note that it’s only open until May 8th.

You can visit the exhibition from Monday to Saturday, but 401 Richmond is also part of Doors Open Toronto, which takes place this year on May 28 and 29. Many buildings that aren’t normally open to the public open their doors (hence the name of the event). Some notable buildings to take in include the Canada Life Building on University Avenue, the Canadian Film Centre in the old Windfield Estate at Bayview and York Mills, Commerce Court North tower, known for its gorgeous gold-coffered ceiling and the Redpath Sugar Museum on Queen’s Quay.

Exhibits at the Toronto Archives

You’ll have to visit during the week, but the Toronto Archives on Spadina Road is one of the city’s best-kept secrets. It’s fully open to the public and they’re currently showcasing an exhibit entitled No Little Plans, curated by Mark Obaldeston, author of Unbuilt Toronto and Unbuilt Toronto 2. The exhibit highlights some unbuilt transit plans as well as some photos from the design contest Toronto held in the 1950s for New City Hall. It’s a terrific exhibit and it runs until August. Back in April, I featured this exhibit in one of my blogs so click here for more details.

You can catch a glimpse of the archive’s ‘miles of files’, which makes you wonder what treasures are held in the boxes. You can also research photos online, but what has been digitally scanned so far isn’t comprehensive. The city didn’t photograph everything, but instead what needed to be documented, such as homes that needed to be torn down

It’s easy to get lost in the search. One fascinating thing online is the fire insurance plans. It’s an amazing way to see exactly what was in your neighbourhood as far back as 1880. What you may find may surprise you!

Side note – the staff there are a fountain of knowledge – they can help you zero in on what you’re looking for and know what keywords to use if you’re searching for something specific.