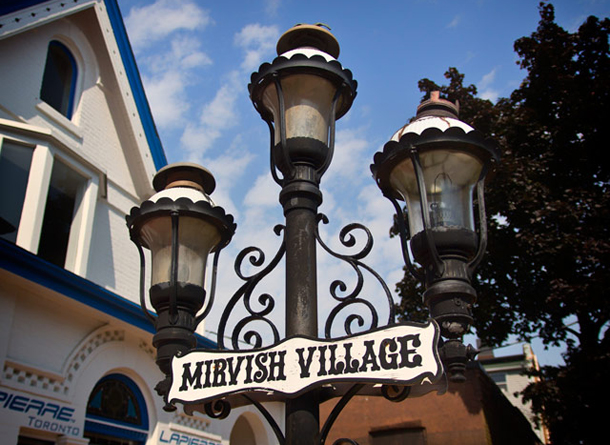 I think probably the news of Honest Ed’s and Mirvish Village going up for sale was a big surprise to just about everyone – it’s been a Toronto icon for decades. Naturally, most people thought a developer would scoop up the land and turn it into condos but then City Hall pulled a surprise move. It issued a one year freeze on development along the Bathurst Street corridor which not only stalls the inevitable but also buries the possibility that a Wal-Mart will be built any time in the very near future.

The benefit of the moratorium is that it gives some breathing room for a number of possibilities can be considered. In late July, 25 people met at the Centre for Social Innovation to toss around ideas. Some of them are a little out there, but some are intriguing. Click here for the article