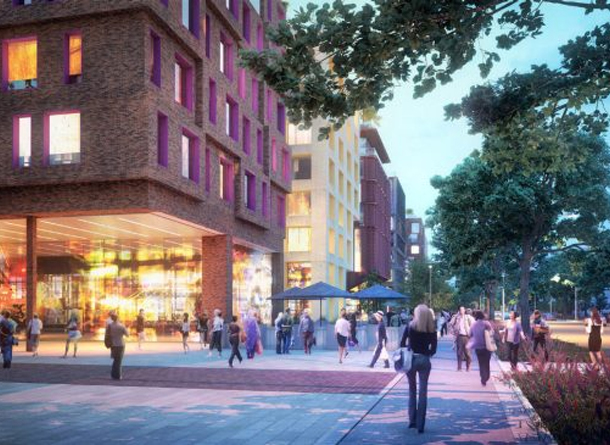 Toronto’s mixed-use boom coming to a ‘hood near you

With the recent announcement a development proposed for a block just south of King and Spadina, the term ‘mixed-use’ is being thrown about as though it were something new.

Examples of Toronto neighbourhoods that combine businesses and residences can be found across the city. Kensington Market is a great example, not to mention that the majority of condos being built today on major streets have retail on the ground floor. Aura, at Yonge and Gerrard, has three storeys of retail including Bed Bath and Beyond and Marshalls, which are normally found in big box malls.

This recent article in the Star details a proposed new neighbourhood (The Well) on about 1.2 acres bordered by Spadina, Wellington, Draper and Front. Three developers have partnered up with the goal of creating a space where people can find everything they need, all within walking distance, which is the ultimate reason that people choose to live in the city. So is mixed-use new? Not at all. But more of it is definitely a good thing.