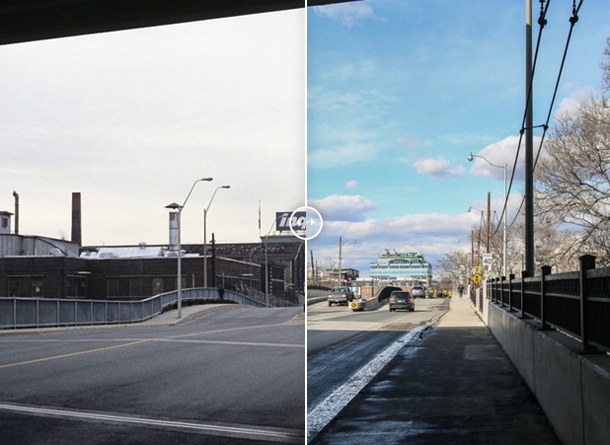 Here’s another fun piece from BuzzBuzzHome. After CityPlace on the old rail lands and the Distillery District, Liberty Village is one of the Toronto neighbourhoods that has experienced the most change in a short amount of time.

The former home of Toronto Central Prison and (according to wikipedia) the Andrew Mercer Reformatory for Women, for those convicted of “vagrancy”, “incorrigibility”, or “sexual precociousness,” Liberty Street was so-called as that’s how former prisoners exited when they were released.

Two major manufacturers ceased operations in the 1990 and 1991, leaving the area a ghost town. The change to commercial residential is likely thanks in part to Barbara Hall’s efforts as a Mayor of a pre-amalgamation Toronto when sections of King Street were re-zoned from industrial use to residential. Parts of Liberty Village were officially re-zoned in 2000 by Toronto City Council into a mixed-use neighbourhood.