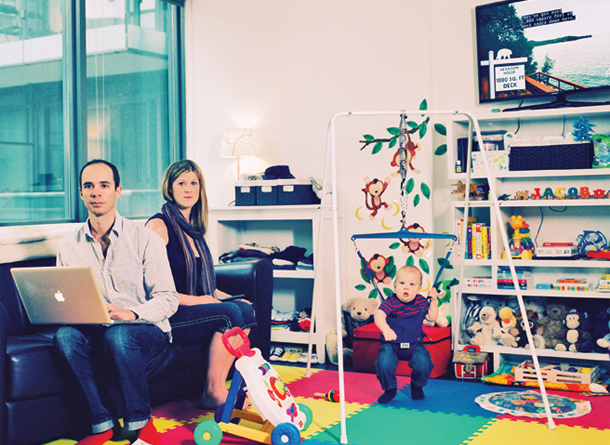 In the last post, I discussed how couples find ways to afford a home in Toronto. But what do you do if you’re not part of a couple who are both earning six figures or you have kids? That’s the subject of this Toronto Life article.

For parents who want to raise their kids in the downtown core, many are opting for condos. The three couples profiled all have one child and are all living in the core. What they are going to do when they have a second child remains a mystery because there are limited options for three bedroom condos downtown and those that are available are pricey – and when you include maintenance fees, comparable to a house.

Why am I throwing these figures at you? To show that the idea of ‘spacious’ is relative. A whole generation of us were raised in the suburbs where there was more space but fewer amenities. Now, we want to have access to the amenities in the city and space. And that comes at a price.