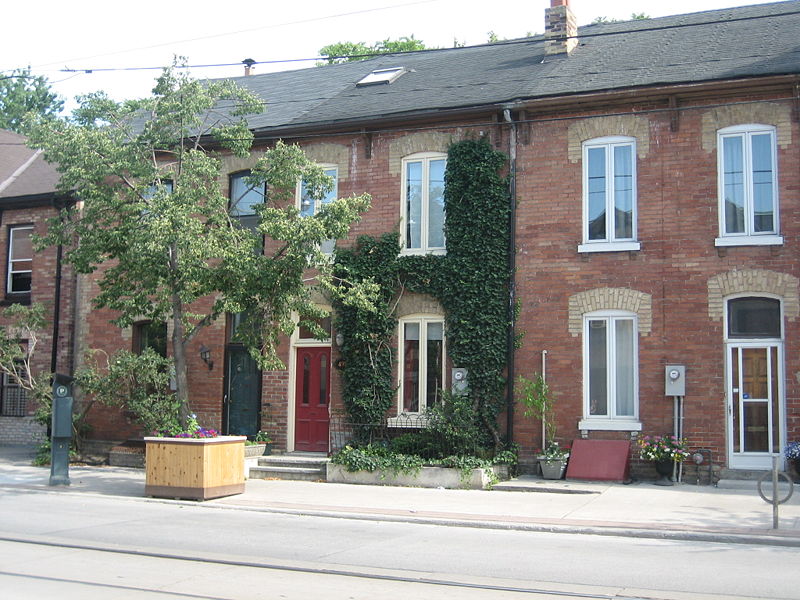 The Toronto real estate market is in a constant state of change – the cost of a detached home in downtown Toronto continues to break records and due to both lack of availability and rising prices, buyers are forced to search for homes in neighbourhoods outside the core. Established neighbourhoods such as Cabbagetown, the Annex and Riverdale are becoming well out of reach for most first-time buyers (and many people moving up as well!).

So where should homebuyers be looking? One of the questions I get asked most often is where the next emerging neighbourhoods are.

Right now, in my opinion, the Toronto neighbourhoods on the rise seem to be more on the east side than on the west. Parkdale and West Queen West are certainly experiencing a lot of development, but those neighbourhoods, along with Little Portugal and Trinity Bellwoods, have already seen home values go up significantly. It’s not to say there won’t be significant’y more growth there, I just think that there will be more in the east.

Here are the neighbourhoods east of the DVP that I think are on the rise:

Corktown (officially between Berkeley and the Don River, Shuter to Lakeshore) is definitely a neighbourhood having its moment. The Corktown Common park opened in 2013 and won an award from Popular Science Magazine! There are new developments from Streetcar, including Corktown District Phases  1 and 2. Homes in Corktown are hard to come by, but there are condos available and you can still enjoy the neighbourhood vibe, which includes the Distillery District. Corktown is also next to Regent Park, which has a terrific new community centre, theatre space and retail, including a FreshCo and soon, a Shopper’s Drug Mart. It’s also convenient for transit and access to the Gardiner.

Head a little further east, and there is still tons of growth potential left in Leslieville as well as Broadview and Queen. Streetcar Developments has purchased the old Broadview hotel, which they are refurbishing. Streetcar has three other developments including The Taylor at Queen and Carlaw, Riverside Square and the Southwood in the Upper Beach. A combination of commercial, residential and hotels being built means a huge resurgence for the area.

Along Gerrard Street, the second Chinatown has traditionally been between two areas: Queen Street and the Danforth, with Gerrard getting a little lost in the squeeze. However, as demand for homes increases and the number of homes remains the same, the two areas are converging, resulting in a lot of new interesting businesses and restaurants popping up on Gerrard. Have you ever been to Saturday Dinette? It’s dee-licious!!

Of course, this also means higher prices for homes – Gerrard (especially further out) is no longer considered to be on the fringe.
One thing I’m noticing more and more along Gerrard Street East past Coxwell, and north or south of it, is that people are buying bungalows and adding second storeys. That’s a great indication that people with children really do want to live in the city and they’re doing what they need to make the home livable.

Another neighbourhood that’s on the rise is Bayside. Developments like Aqualina at Queen’s Quay and Parliament and Monde at Sherbourne and Queen’s Quay become more attractive if/when the Cherry Streetcar line is extended to Parliament. It will mean an easy commute to Union Station for people.  In the meantime, the TTC has created a 514 Cherry streetcar which runs along King between Parliament and Dufferin.

Also in the area, Daniels Corp bought the land that Guvernment nightclub sat on – 2.8 acres! That will soon be home to a little neighbourhood of its own. According to the Daniels website, the complex will have residential space, office space, “post-secondary” space and two outdoor zones, one with a tennis court and community gardening plots, the other on the 14th floor with a cocktail pool (similar to a lap pool, but filled with gin?) and bbq area.