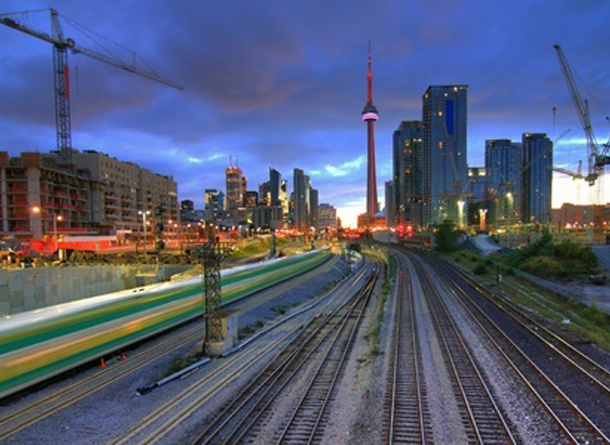 I hear people frequently comment that we’re building too many condos. Too many towers! Too much construction! I agree that the noise, the dust and the inconvenience of lane closures is a nuisance.

It would be great if there was space for a variety of buildings. A cluster of detached family homes in one spot, a few low rise buildings in another and even some townhouses. The truth is there is very little land left in the core and what little there is commands a premium. Even if builders were willing to build houses, the alternative to building condo towers is a housing shortage or another exodus to the suburbs if there’s a lack of affordable housing.

Of course, affordable is a relative term. The average price for a detached home in Toronto is currently over $1M. The average price for a semidetached home is $713,000. Both of those figures are out of reach for many people, which means that for people who want to own their own place, a condo is the only affordable option. There are many people who will be renting, whether due to choice or circumstance which means that any of the condos currently under construction will be used as rental properties by people who are in a position to afford an income property.

So on many levels, Toronto’s condo boom is a necessary evil. If you’re really sick and tired of the city, I can show you a wonderful family home in Ajax…