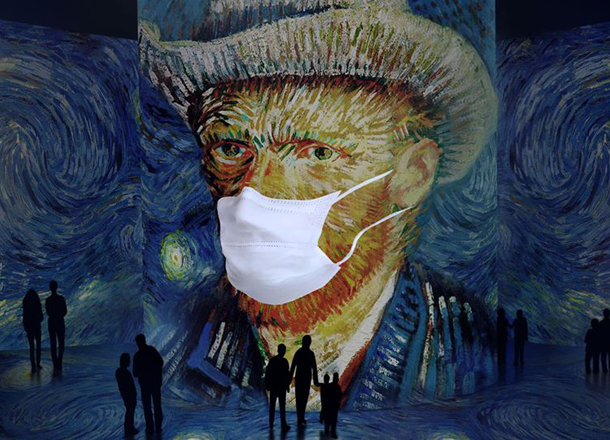 Toronto will soon be getting its first social distancing market with lots of takeout options, including margaritas and CNE-style favourites.

El Mercado will be taking over the heated patio at Barrio at 884 Queen Street East.

All foods will be prepared and will be to go only. Available items will include typical staples like produce and beer, but there will also be more unexpected options like fried candy bars and pickles, pickle lemonade, roasted corn, dill churros, tacos, burritos, smoothies, margaritas, pineapple whip, and avocado, pickle and coconut soft serve.

Looking to get out of the house for a safe adventure? Now you can with our NEW Toronto Zoo Scenic Safari. Take a tour around the Zoo from the comfort of your own car with your very own Zoo Keeper commentary to learn about animals as you pass through the variety of Zoogeographic areas!

You’ll see the Zoo from a whole new perspective as you drive on staff-only roads, through the Zoo site, and even through the lion cave! Keep your eyes peeled at every turn, like you are on a real-life African safari – only this time, it’s with a variety of animals from around the world!

If you’ve already exhausted Tiger King and the Last Dance, you can look forward to a plethora of new documentaries as this year’s Hot Docs Festival moves online.

Over 135 works from its 2020 official selection will be made available online through its website for you to binge and enjoy while staying safe and sound in the comfort of your living room.

This year launches the first virtual music event running from coast to coast!

As an attendee, at this one of a kind event, you can listen to musicians perform, talk about their music, check out the tradeshow/Expo, network with other attendees and musicians and more!

All from the safety and comfort of your home!

Pride Toronto will host the annual event, which attracts over a million people, at 2 pm on June 28  as the culmination of its month-long Virtual Pride festivities.

“The Virtual Pride Parade will stay true to our political roots and reflect our community,” the organization said in a statement. “We will honour our courageous past, celebrating how far we have come and will remain vigilant to the ongoing needs of our community. We will help bring issues to light, challenge convention, support our community and promote safety.”

Treat yourself and support the hospitality industry by joining us for a curated three-course meal designed by Gare de l’Est head chef, John Sinopoli. As you prepare your meal to the sounds of our artist-created playlist, , Crow’s Theatre will be busy behind the virtual curtain, preparing a live-to-air online experience. After you’ve enjoyed your dinner-for-two, pour a glass of wine, and join us online for an exclusive “evening in” with Crow’s Theatre. Our new “Dinner and a Show” series is the city’s first online theatrical experience that pairs dinner, and sommelier-selected wine with a unique social experience designed to bring the experience of a “night out” into your home.

Luminato Festival Toronto will return with 3 days of virtual programming, bringing artists and thinkers together with audiences from across Canada and around the world.

Streaming on Luminato’s website and social media channels, the free event will run from 7pm on Thursday (June 11) until Saturday late night (June 13), and will include family programming beginning at 10am on Saturday.

The monumental exhibition of Immersive van Gogh was set to make its world premiere in Toronto this week to welcome audiences to a 600,000 cubic ft. immersive digital art experience featuring a curated selection of imagery from van Gogh’s 2000+ catalogue of masterpieces. As a result of coronavirus and continued restrictions on large public gatherings, the co-producers of Lighthouse Immersive (part of the team that presented The Art of Banksy), have boldly innovated a drive-in concept that offers a visually striking immersive art experience, while maintaining public safety.

For this year’s virtual conference, more than 39 hours of speakers’ talks are expected to be broadcast across a variety of channels. Speakers include Zach Perret, CEO of Plaid, Janet Bannister, managing partner at Real Ventures, and Jean-François Gagné, CEO of Element AI.

Startups, speakers, investors, partners, and attendees will also be able to access networking and content experiences through the Collision from Home app.