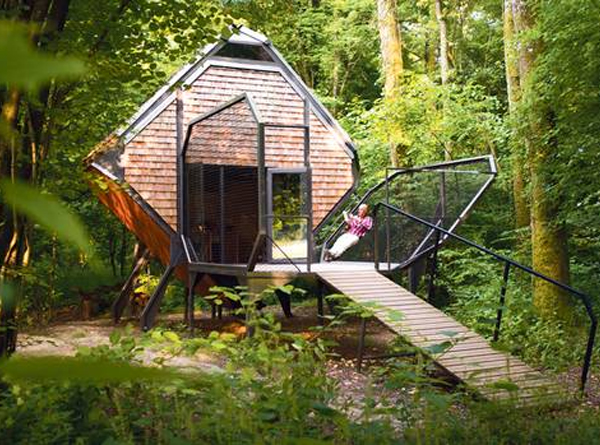 Toronto Real Estate: Would you live in a treehouse?

While it’s unlikely that we’ll see anything like this in Toronto, (at least until the city sells High Park to a developer), these treehouses popping up in Europe are pretty cool.

German Architect Andreas Wenning creates treehouses for both private clients and hotels, creating sophisticated modern spaces. Portuguese architect Luis Rebelo de Andrade has designed two 300 square foot treehouse rooms for a resort an hour outside Lisbon. As published in the Globe and Mail, he says: “The design has to be quiet here,” says Rebelo de Andrade, who collaborated on the buildings with his son, Tiago. “The trees are the queens of the park.”

According to Alex Bozikovic, the trend started in Sweden, where you can find Treehotel, which has five tree-houses, each designed by a different architect.

And not a ‘No girlz allowed’ sign in sight.