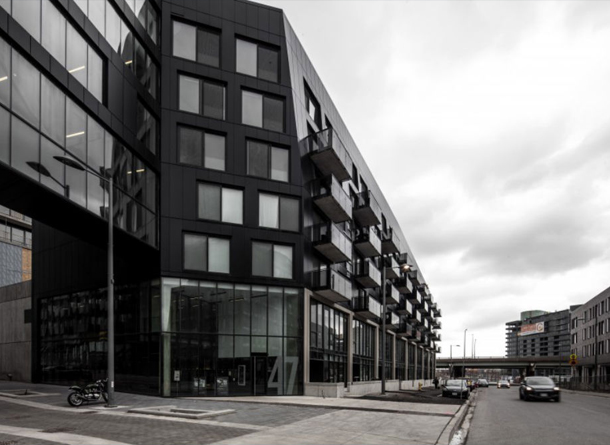 If you’ve ever wanted to know what the general public thinks of Toronto real estate, residential or commercial, you should follow the PUG Awards which were held earlier this month… Phase one of River City won the People’s Choice Award for the best residential building completed last year,  Bridgepoint Health won for best Commercial building.

In order to be considered, a building must have been completed in the last calendar year and cover more than 50,000 square feet. This was the 10th and last year that the awards were held, which is a shame –  not many at City Hall seem to be paying much attention. Toronto’s Chief Planner, Jennifer Keesmaat, and Lynn Osmond, President & CEO of the Chicago Architecture Foundation, had a discussion about  building an architectural legacy, so this may change.

The bottom three nominees in the Residential category were The Avanti, Bridge & Connect Condos and Bravo Boutique Condominiums. The bottom three Commercial or Institutional nominees, and the only ones in the category to have received negative scores, are Ripley’s Aquarium of Canada, St. Ambrose Catholic School and St. Nicholas Catholic School. (Yes, they are not pretty!)

But the big question is – why are they called the PUG awards? According to their Wikipedia page, the ceremony originally recognized the worst Toronto architecture and were called the ‘Fugly Awards’. “The name was then softened to the Puglies, and finally to the Pugs.”