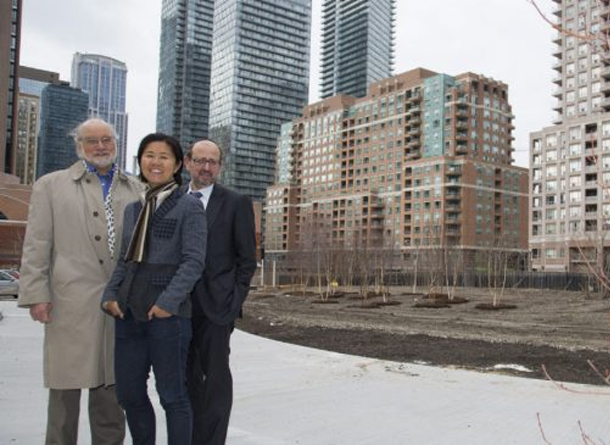 It’s a bit of a compromise… but it looks like we are getting a 1.6 acre park at Bay and Wellesley.

You may recall that this piece of land has been in play for about a decade. At one point, an opera house was going to be built there and when that fell through, there was hope for a park until the parcel of land was sold to Lanterra.

There are a reported 65 million reasons the province had for selling the land to the developer, but at least they have backed down from the two towers they were originally going to build. According to Lanterra’s latest proposal, they would build just one tower on the north east corner, which would leave room for a reasonably sized park.

The smallest unit in the building at 11 Wellesley St. W will be 300 square feet, while the largest (according to the article in the Star) will only be 878 square feet.

Here’s a link to the latest news about the project