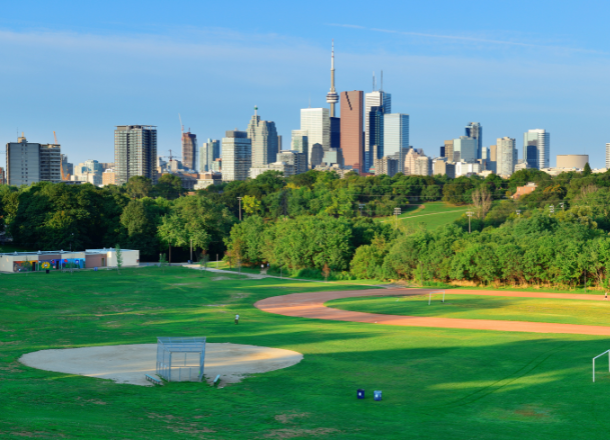 Toronto’s real estate market runs in cycles. We were experiencing a robust seller’s market for months, if not years, which ultimately peaked in February. At that time, prices were up by over 20% (year over year) in most sectors in the 416 and by over 30% outside the city, which most pundits believed was unsustainable. A change was inevitable.

Right now, we’re experiencing what feels like a slowdown, though it’s really closer to what should be a normal and more balanced market. To no one’s surprise, one of the factors that has caused this change is the increase in mortgage rates. Not necessarily the actual increase, because that’s easy to figure out, but the unknown of how much higher they’ll go. This has affected the market because unpredictable interest rate increases, coupled with declining prices, has resulted in buyers wary of overpaying. Someone described it well to me the other day, “we’ve moved from FOMO (fear of missing out) to FOOP (fear of overpaying).

Here’s an example. I’m currently working with a client who’s interested in a specific house. They like it, but they don’t love it. For the right price, they would be willing to make a move. The home was originally listed below market value, but we tried offering the asking price. It was rejected and signed back at a price that the sellers might have gotten in February, but the reality is the home is not worth that now.

My client is willing to negotiate, but now they’re starting to waver. They’re seeing what’s happening in the market with prices going down, and are wondering if they should wait to see if prices decline further. Could prices slide further? Yes, maybe, who knows? We’ll only know when we hit bottom after prices start rising again. You can never predict the market’s peak or trough, you only know when you’re on the other side.

One thing I’m finding is that more and more buyers are looking for a real deal. Most media coverage is focusing on month-over-month stats and striking fear of a doomsday scenario where the year-over-year stats tell a different story. While it’s true that prices have fallen from February, the average price is still higher than it was at the end of 2021, and yet I’m getting offers that are lower than what people were paying in 2020.

The people who do well in any market are those that ride the middle. They don’t try to figure out where the peaks and the valleys are – they like the home and it works for their lifestyle. If the market goes down, it’s not a big deal because they are long term thinkers and won’t be selling it in a year.

The statistics are showing that prices are going down more outside of the 416. With life as we once knew it  returning to normal, there’s less of a push to get out of the city, especially with a return to offices, even part time.

My prediction is that this slowdown will last a little longer – if it was one interest rate hike and everybody adjusted to it, we might have seen a busy fall market, but we know that the BoC will continue to increase rates through the end of the year. You can project for that but you don’t know how the market will react to multiple increases.

Of interest to me is how the condo market has continued to grow because it’s so heavily investor driven and investors are generally the first to get spooked. People are returning to smaller condos and first-time buyers are seeing opportunities. The rental market is back to growing at an astounding rate, so if investors have cash, it’s a good opportunity to get a tenant in at a good rate.

If you have any questions about the market or are curious about what your home is currently worth, please get in touch!