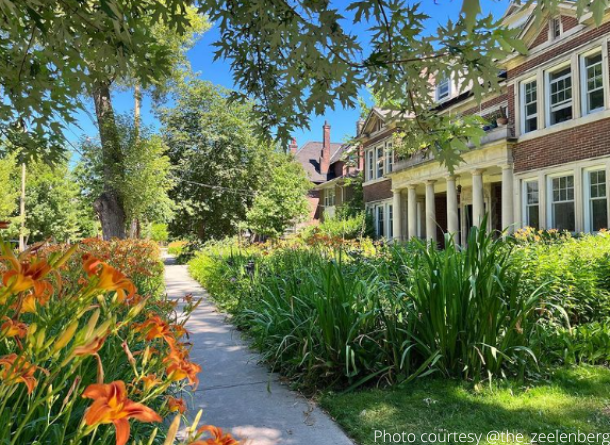 Between declining prices and increased mortgage rates, there’s a lot of talk about what is and what could be happening in Toronto’s real estate market.

I’ve read some criticism online about agents who compare current sales numbers to those from 2021, saying ‘Hey, it’s not that bad!” and that we should be focusing on what’s happening from month-to-month.

Here’s the thing: I’ve always used year-over-year numbers to paint a picture. Real estate is a long-term investment. If you didn’t sell in February or March, you’ve only ‘lost’ money you didn’t have in the first place.

The other aspect to consider: if you’re selling now, you’re also buying for less. I always say, it’s better to buy up in a down market. For instance, if you’re selling a $900K house, you may be losing 10% on the selling price had you sold in February, but if you saved 10% on the purchase price of a $2M home, you’re coming out ahead.

I think the year-over-year numbers are important because they are a benchmark that shows in 2021, prices were still higher than they ever were. Even if we return to 2021 prices, it simply means that people who were waiting for the top of the market missed out, and even then, that’s not the end of the world. (https://www.theglobeandmail.com/real-estate/toronto/article-real-estate-downturn-sparks-buyers-remorse/ )

The statistics showing where prices are heading month-over-month are just a confirmation that government initiatives to cool the market are working. The ultimate goal is to make housing affordable for people, but I don’t see that happening. Even if we start seeing 2020 prices, homes will still be unaffordable for many people. For instance, the average price for a detached home in Toronto in July 2020 was $1,471,669, which still isn’t attainable for some.

Even in 2017, economists were calling the market unaffordable, unattainable and out of hand because price growth was so fast. So, if we return to levels below February 2022, that’s ok. There’s still going to be at a point where people can’t get in the market because prices are still going to be high. The rule of thumb is that if you plan on living somewhere for at least ten years, you’re going to make money. The average price for a home in Toronto in July 2012 was $575,000. The average price in July 2022 was $1,146,254. (Statistics from listing.ca)

Moving forward, I believe that with mortgage rates continuing to rise, it could lead to prices softening further, but that doesn’t make homes more affordable. A 1% increase on a $500K mortgage means almost $250 per month or an additional $15,000 over a five year term, and $500K is likely lower than what many new home buyers are carrying.

We’re still well below the point where people need to panic that the market is collapsing. We’re not even close to it. If anything, we may see issues when mortgages come up for renewal and some homeowners may find it challenging to afford their new rates. Thankfully, the mortgage stress test was implemented a few years ago and buyers were being tested at a higher percentage point which means there was a built-in buffer if rates rose.

Luckily, human nature dictates that homeowners are most concerned about keeping a roof over their heads than anything else and if their mortgage increases, they will reprioritize the extras in their life. People don’t generally default unless it’s really bad. They’ll find a way to find the money, especially if it means they have to cut down on certain luxuries they had been enjoying.

If you have any questions about what’s happening in Toronto’s real estate market, please get in touch!