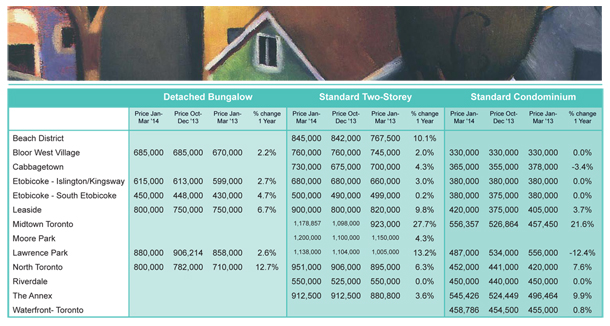 As the spring market heats up, Royal LePage has released their ‘state of the union’ report on where the housing markets across the country are headed.

So what does this all mean?

Confidence in the Toronto housing market – both single family homes and condos – remains strong.  With the population in the city only set to increase and no extra land to build on, there is no reason to think that the market isn’t going to remain strong.