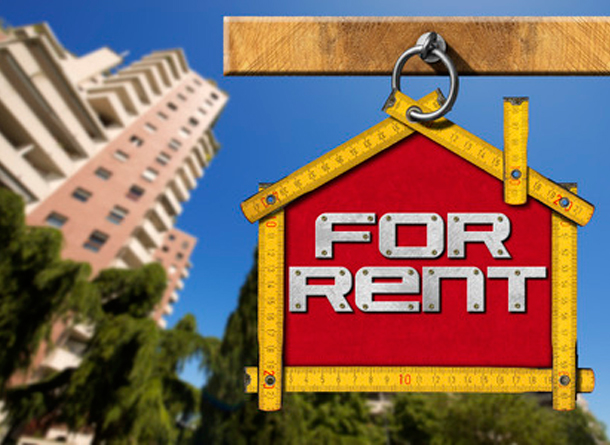 My one regret is that I didn’t become a landlord sooner.

I was afraid of taking the risk and I’m kicking myself for not starting to build a real estate portfolio at an earlier time in my life. Not only because the market has grown so much, but more because it’s about creating passive income when you’re older.

I purchased my first investment property eleven years ago. It’s a condo at Radio City and I have been leasing it out ever since. The goal wasn’t cash flow, but gaining equity in a property while someone else pays down the mortgage. From the rental payments there is enough income to cover the carrying costs and I make a point of putting as much as possible into paying the mortgage down. It’s always best if the numbers “zero out” during your portfolio’s growth phase so that you’re not paying tax on any extra.

Of course, it hasn’t all been perfect, but the nightmare scenarios that prevented me from buying earlier haven’t happened. Anything that’s gone wrong has been easily remedied.

I think the worst situation occurred in February, 2013. Charles and I were out of town and we had a new tenant. Five days after she moved in, the furnace completely broke down. It turned out that the manufacturer was moving locations, so it took more than a month and a half to get the new furnace installed… and it was cold that winter!!

The tenant understood and used small space heaters, but I was frustrated that it couldn’t happen faster. Even though we were halfway around the world when the breakdown happened, we were still able to contact the condo management company; this was a big help.

The furnace problem didn’t end there, though. Shortly after the new furnace was installed, the floors began to buckle. A pipe carrying the condensation away from the unit hadn’t been installed properly and the floors had to be replaced. The floors weren’t in great shape to begin with and I had always planned on replacing them anyway, this just gave me the push to get it done. That’s really the worst that has happened and it’s certainly something that would still have occurred if we were living in the unit.

In terms of nightmares, one of the worst things that can happen to a landlord is getting a bad tenant. While there are ways to protect yourself, even if you check references and their credit, it’s just a snapshot of who they are in that moment and their circumstances can change. Not to be pessimistic, but anything can go wrong at any time with a tenant during the term of the lease.

Doing your due diligence prevents things from happening that could have been predicted. But having a tenant who can’t pay the rent, forcing you to go through the eviction process is one of the worst case scenarios. It’s a pretty rare occurrence though. While some landlords hire a realtor to interview prospective tenants and take care of maintenance, I prefer to vet the tenants myself. Sometimes people will use an agent because they feel safer, but anybody could do what we do when it comes to rentals, doing a credit check, calling references, cross-checking letter’s of employment and following up with past landlords.

So how do you get started?

If you’re buying a property that’s a condo, there’s very little risk. You don’t necessarily want to do it if you’re cash sensitive. You need to have a buffer, a kitty to draw from if there’s ever an issue that you’ll need to draw funds from in order to remedy it. There may be a month here and there where the unit is empty and you need to be able to cover that.

Places are easy to rent with the market so tight and inventory so low. Some people prefer to use property management companies to take care of issues as they arise. Personally, when it comes to condos, I don’t think a management company is necessary; especially if you live in the same city as your rental unit. It’s pretty easy to get things done within a condo. If your furnace breaks down, the condo corporation’s management office can connect you with good reliable service people. It also depends on the tenant; sometimes they can look after the easy stuff and you can just reimburse them. I’ve been lucky to have tenants that are on top of things and let me know when something breaks down as it happens.

If you’re looking at buying an investment condo, make sure you look at the rules and regulations. Different buildings have different requirements, including the ability to rent the space and the minimum term of any rental. Condo management companies are also getting a little stricter with knowing who’s in the unit. They often require a tenant’s form be filled out, a copy of the lease and all persons who live in the unit to be registered with the corporation.

A major thing to be aware of at this time is that the government is trying to push through a new bill that restricts the amount of a rental increase you’re able to give to your tenant. Buildings built after 1991 have not been covered under rent control. This has been making the news quite a bit lately because landlords have been raising their rents by exorbitant amounts, thereby pushing their tenants out. As a protection to tenants, the government wants to put in place laws that prevent landlords from exploiting tenants based on our over-active market.

One thing I always keep in mind when looking at a rental property is to pick a property where utilities are not included. The tenant should take care of them on their own. If someone else is paying the hydro, it’s a lot easier to not think twice about leaving the lights on or cooling the place in the summer when they’re not home. In my mind, paying corporation maintenance fees that include heat and hydro cuts into your bottom line; it doesn’t make good financial sense.

As always, location is still key and should play a part in how much you spend on an investment unit. Rents at Regent Park are less than in St. Lawrence Market, but there isn’t a neighbourhood downtown where you’ll be left with an empty unit.

If you have any questions about investment properties or anything else involving the Toronto real estate market, please get in touch!