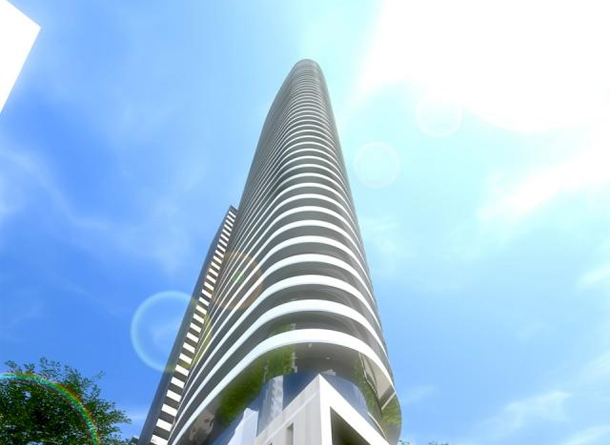 Toronto Real Estate – East of Downtown: Growth to Watch For in 2015, Part 1

What’s happening east of Toronto’s downtown core? A number of large scale projects are in various stages of development in and around Bloor and Sherbourne. This is a perfect spot for densification, considering proximity to transit, bike lanes and even the DVP just a few minutes away. Right now, the space is underdeveloped. Here’s a little information about what’s happening:

At 387-402 Bloor Street East, an application has been submitted for a 49 storey tower with a 12 storey building facing Selby Street – it’s currently a low rise plaza which house 3 dollar stores, and likely the Selby portion would fill a surface parking lot, which would benefit the neighbourhood more than parking.

North St. James Town (east of Sherbourne, south of Bloor) will be home to four towers ranging from 12 to 45 storeys, and will involve rebuilding some Heritage homes on Glen Road.

An interesting looking 50 storey tower is being planned for the space at 592 Sherbourne, which is currently home to the Clarion Hotel, which is in a heritage building, the Charles H. Gooderham House. The plans on the developer’s website indicate that the tower will be built behind the house, which will be incorporated into the plans.

It’s no secret that the area around Bloor and Sherbourne has been sketchy for a number of years, hopefully this development will create some gentrification without displacing too many people. There really isn’t a whole lot of character to be saving at this particular intersection.