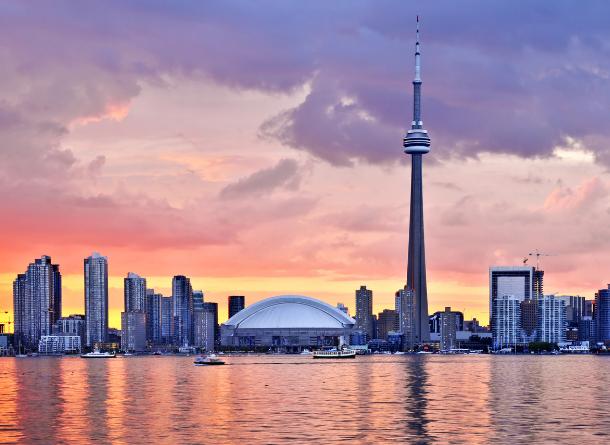 Toronto’s real estate market is in flux and now it looks like the market is becoming more balanced. The latest numbers from the Toronto Real Estate Board show the overall average price for a property in Toronto now sits at $1,254,436. The headlines will tell you that it’s down from the peak in February, which is true. But prices are still slightly up from January and up significantly compared to April 2021.

There is concern about what the future will look like, including how high mortgage rates will go and if this will lead to softening prices. Some economists are predicting that nationwide, prices could drop by up to 20% though the biggest drops would be in the suburbs. Even if this happens in Toronto (which I don’t think will happen), prices would still be where they were in January 2020.

Will we start to see single digit growth? Will there be deals to be had? This has yet to be determined.

So what am I seeing in the market right now? Certainly, it’s a lot less frenzied. Buyers are being way more thoughtful in their decisions. There are still bidding wars on some properties, but it’s not as common as it was earlier this year. Fewer buyers are willing to get into a multiple offer situation because they don’t have to.

Another change is that many people who are moving are selling first. Earlier this year, when there were precious few properties on the market, it made sense to know where you were moving to first. Now, it’s more important to know how much you can afford before making your next big financial decision… and with more properties on the market, it’s not such a risk to sell first.

Now, any time there are big changes (such as multiple interest rate hikes), people tend to put their plans on hold unless they have immediate needs to move.

There’s nothing to say that any of their fears will come true, but all indicators are showing increased interest rates. When interest rates are poised to go up, there’s often a scramble to lock in, but it wasn’t as big a movement this year because of multiple factors, plus it isn’t just one interest rate raise, it’s multiple increases.

Some in the industry aren’t adapting to the changes. I’m still seeing agents listing homes well below market value, but when no offers are received (which is happening more often, likely because savvy buyers know the sellers are expecting a bidding war), the homes are re-listed at a higher price, closer to actual market value. Although I’m seeing offer dates on some condo properties, agents are generally accepting offers any time due to a slower market place and slightly more inventory.

Investors are also sitting on the sidelines – they’re the ones most affected by stocks going down or interest rates going up. If they think they’ll get a better deal by waiting, they will.

My predictions for the coming months:

If you have any questions about the market or are curious about how much your home is currently worth, please get in touch!