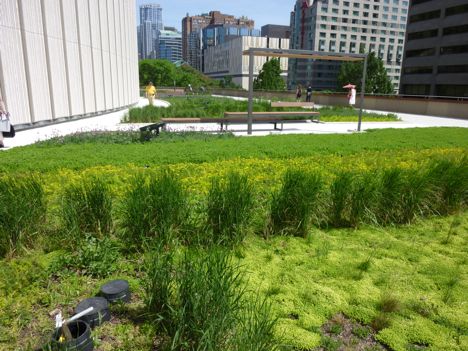 Vancouver has cleanly beat Toronto as the “greenest’’ city in Canada and the second overall in North America, coming in just behind San Francisco in a new study of 27 major North American metropolises.

Toronto ranks ninth in the U.S. and Canada Green City Index, ahead of Ottawa (12th on the list), Calgary (14th) and Montreal (19th).

Toronto’s efforts in waste management and recycling were lauded in the study but the city also scored the dubious distinction of having the longest average commute — 40 minutes — of any of the 27 cities.

“Due to heavy congestion and sprawl, residents need on average 40 minutes to drive to work, compared with the index average of 29 minutes,’’ notes the report, commissioned by the electronics and electrical engineering company Siemens, and conducted by the Economist Intelligence Unit, which does economic and business research and analysis.