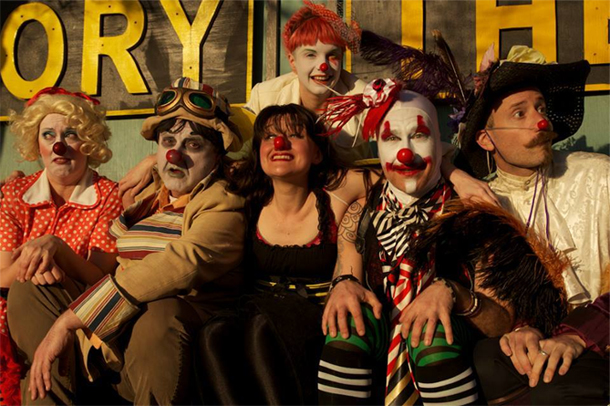 BlogTO has named Dundas West Fest one of the Top 5 spring festivals in Toronto and Toronto Life has included us on a list of the most exciting festivals of the season!

Live Performances, Great Food, Fun For The Whole Family! On Pape Avenue, between Floyd and Cosburn

On Saturday, June 6th, from 1:00PM-6:00PM, the Riverside District (Located on historic Queen St. East between the DVP and Empire Ave) is hosting their annual spring Eats & Beats StreetFEST – this year, with a Pan Am flair, celebrating Pan Am’s TO2015 IGNITE! The festival will showcase Riverside’s family-friendly food outlets and unique small town in the big city atmosphere, with a Caribbean and Latin twist.

Riverdale Art Walk is a two-day, public fine art exhibition showcasing established and emerging artists in retail spaces and Jimmie Simpson Park in Toronto’s flourishing Queen East arts district. The first outdoor art show of Toronto’s season, participating artists are selected through an anonymous jury process, allowing for an opportunity to participate in one of the most affordable show in the outdoor art festival circuit.

The 2015 Toronto Festival of Clowns aims to bring together clowns and physical theatre artists of all disciplines and backgrounds and provide a common space to showcase their work.

Now entering our 10th year, the festival continues to encourage the risk and exploration of the clown, hosting new and established works that inspire and delight.

Toronto Tango Festival is a four day celebration of Argentine Tango, with workshops for all levels, practicas, milongas, performances and more. Explore and enrich your passion for this captivating dance at the biggest Argentine Tango event in Toronto.

The 16th Annual Muhtadi International Drumming Festival will start off the Summer Festival Season at Woodbine Park, Toronto. Welcome to the Festival where all cultures come together, drumming and dancing to one beat!

NXNE is a five day festival encompassing a whack of different things, but mostly centred around our collective love for music that we think you’ll love, too. Now celebrating our 21st year, we take over Toronto with showcases, screenings, panels, parties, installations, and a whole lot more.

We return to the city’s fabulous waterfront, centrally located in downtown Toronto. Join us at Sugar Beach, located at Jarvis and Queen’s Quay!

2015 will be the second year that the Toronto Wine & Spirit Festival has partnered with the Redpath Waterfront Festival. Come and help us celebrate the end of the waterfront construction and the new Queens Quay Promenade!

What began in 1987 as an eight day showcase of jazz now attracts in excess of 500,000 loyal patrons annually over 10 days. Attractions include more than 350 performances with over 1,500 musicians performing at approximately 40 locations around Toronto. The heart of the Festival is now located at Nathan Phillips Square in the heart of downtown Toronto with an impressive 1,200 seat fully-licensed Mainstage Marquee and outdoor stage, and where many extraordinary events are offered free to the public.

Barilla Pasta is the new sponsor of Taste of Little Italy, which invites foodies, sports enthusiasts and music lovers invited to enjoy a newly expanded calendar of events from June 19th to June 21st. For those concerned with the news in 2013, the Washington Post reports that the Human Rights Campaign says ‘Barilla has turned around its policies on LGBT’.

Luminato Festival has become one of the preeminent arts festivals in North America, having commissioned over 66 new works of art, and featured 7,500 artists from 40 countries.

In 2015, as the Festival celebrates its 27th year, it promises to continue to be one of the most exciting summer events in Toronto. Once again this year, the Festival will welcome teams from all provinces across Canada, from the U.S., the Caribbean Islands, Europe and Asia.