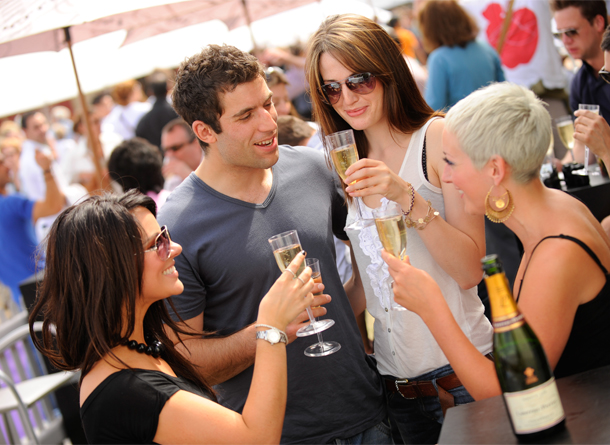 Join us as we celebrate the music, food and ideas that make Canada, and Toronto in particular, one of the most diverse places on the planet! Experience and help shape the ways we celebrate our nation’s birthday going forward.

Afrofest is a FREE festival featuring music, dance, mouth-watering food, a large bustling marketplace and much more. It will take place on July 6 & 7, 2013 at Woodbine Park

YD | T.O is a free annual festival celebrating the positive achievements of young people showcasing their music, dance, art, photography, fashion and film in front of some 30,000 visitors! Held in the downtown core of Toronto at Yonge-Dundas Square, with a Yonge Street closure from Dundas to Shuter streets, the event features 12 hours of non-stop performances on 2 outdoor stages plus the tented YD Art Gallery.

Happening at Yonge-Dundas Square July 10 to 24 during the Pan American Games, Franco-Fête is the biggest francophone music festival Toronto has ever seen!

The Festival began in 1989, when local jazz artists were booked to perform at the Kew Beach Bandshell in the Beach area of Toronto. Now celebrating her 27th anniversary, the Festival has blossomed into a 14-day event that attracts millions of fans and makes a major contribution to promoting Canadian jazz excellence locally and on the world stage.

The past four decades have witnessed the Festival of India blossom into one of Toronto’s most dazzling, head-turning summer events. This year again be sure to come visit the 43rd Annual Festival of India (also known as Ratha-Yatra) on July 18th and 19th for an unforgettable experience.

The event will begin with a euphoric parade down world-famous Yonge Street (beginning at Bloor and continuing south to Queens Quay). The celebrations then will shift to Centre Island for two days of festivities expected to draw close to 40,000 people.

Scotiabank Caribbean Carnival Toronto is an exciting three-week cultural explosion of Caribbean music, cuisine, revelry as well as visual and performing arts. Join us as we celebrate our 48th anniversary. We’re bigger and better than ever!

Canada’s largest Brazilian Cultural Event – BrazilFest will complete its 12th Annual Expression on the July 19th at the Earlscourt Park Toronto. The rhythms of Brazil will be remembered and celebrated with the help of a diverse and high quality team of performers and bands.

The Irish are coming! This year’s Toronto’s Festival of Beer will showcase all things Irish in an Irish Pavilion presented by Tourism Ireland and funded by the Government of Ontario. The Pavilion will host Irish entertainment, Irish celebrity chefs, and 10 Irish brewers to give attendees the full Irish experience.

From July 30th to the August 3rd,  the third annual PAN AMERICAN Food Festival will showcase the best of the best food products, celebrating the great cultural diversity of the 41 countries of North, Central and South America, and the Caribbean. The Pan American Food Festival (PAFF) will showcase restaurants, food producers, chefs and the variety of national and regional cuisines of the Western Hemisphere, with a spotlight on one country each year.