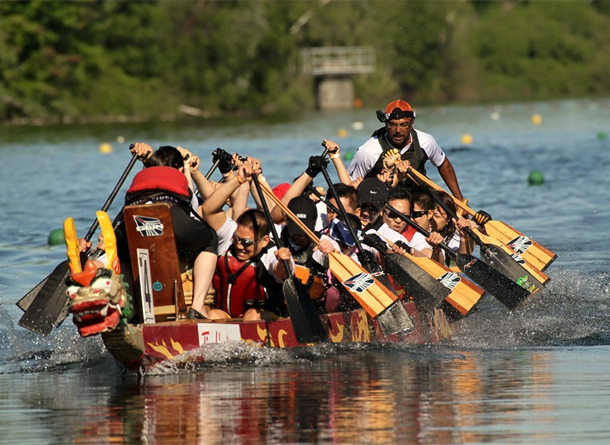 The Toronto International Film Festival is one of the largest film festivals in the world, with almost 500,000 people attending annually. This year’s highly-anticipated titles include the French travelogue Faces Places, a Tragically Hip salute titled Long Time Running and The Shape of Water, a sci-fi fairytale. Detailed star-watching tips can be found online (Hint: the bar patio at the Ritz-Carlton) as well as guides to the best parties and free events, such as concerts and VR installations. There will also be a battle rap showdown in celebration of Eminem’s new film Bodied featuring Toronto rapper Kid Twist against renowned battle rapper Madness.

Advertised as North America’s largest celebration of vegetarian food, the Veg Food Fest at Harbourfront Centre is hosting over 140 vendors as well as 40 hours of entertainment programming. Locally-made cashew ice cream, vegan pizzas, and kombucha on tap are some of the treats attendees can sample. Some of the events include cooking tutorials, such as How To Make A Vegan Philly Cheesesteak, as well as documentary screenings and instructional talks on living a plant-based lifestyle.

The Canada Pet Expo is an extravagant event featuring all things pets! In addition to Canada’s largest cat show, there will also be a rabbit agility contest, groomer’s show, best dressed competition, and a celebrity meet-and-greet where attendees can rub elbows with the likes of Kimchi, the Instagram-famous corgi, and Dozer the skateboarding teacup pig. There will also be a variety of vendors selling treats and products for all breeds imaginable, such as guinea pigs and lizards.

Dragon Boat racing is rooted in the folklore of southern China, and originated as a sport and method of competition between contending villagers over 2000 years ago. Today, the boats range from basic wooden structures to extravagant works of art, adorned with silk dragons and exquisite carvings. The 29th Toronto International Dragon Boat Race is coming back to Lake Ontario on the weekend of September 9th, with 180-200 teams participating

The Toronto Fall Home Show at the Enercare Centre features everything from renovation workshops, furniture booths, expert speakers, and a “Design Intervention” area where interior designers and decorators will offer insight and advice on your decorating plans. Attendees this year will also have the opportunity to try out “the ice that never melts”, synthetic ice tiles that can be skated on and are adaptable to any indoor or outdoor space. The show is designed to have something for everyone, whether you’re planning out a small condo or large house.

The Roncesvalles Polish Festival takes place on one of the city’s most cherished streets – once a small Polish community, Roncesvalles Avenue has blossomed into a hub of Toronto culture while retaining its original Slavic roots. The Polish festival is beloved for its rows of pierogi stands, Polish sausage grills, paczki kiosks and countless other vendors selling Polish cuisine. There are also stages with Polish music bands and troupes of Polish folk dancers alongside street performers and children’s rides.

Garlic dip, garlic bread, and garlic butter are just a few of the treats that will be available at this year’s garlic festival at Wychwood Barns. Ontario is filled with world-renowned garlic farms, and this September dozens of garlic farmers will be coming alongside live performers and vendors to provide an action-packed garlicky extravaganza. Renowned Canadian chef Jamie Kennedy will be presenting his garlic aioli and garlic chips, and Chef Ron Raymer will be making a roast sucking pig with 50 garlic buds. There will also be film screenings, live talks, and even a garlic breath competition. Garlic baristas will also be on hand at the Garlic Shot Station, where visitors can sample free, fresh-pressed garlic.

The Toronto Ukrainian festival is home to one of the city’s most vibrant parades, with dozens of Ukrainian dancers, folk musicians, and performance troupes marching down Bloor Street West in celebration of Ukrainian culture. There are countless food vendors and activities for people of all ages over the span of the three day festival, as well as church services and children’s entertainment. Those wishing to take part can attend Ukrainian dancing lessons and karaoke nights.

Oktoberfest takes place annually in Berlin, Germany, and is one of the world’s most famous cultural festivals. Toronto holds its own spinoff, which stays true to the roots of the celebration of German culture and cuisine. This year the event promises “lots to do, from eating, singing, mingling, sporting lederhosen, listening to polka music, speaking German (or attempting to), and performing the chicken dance!”