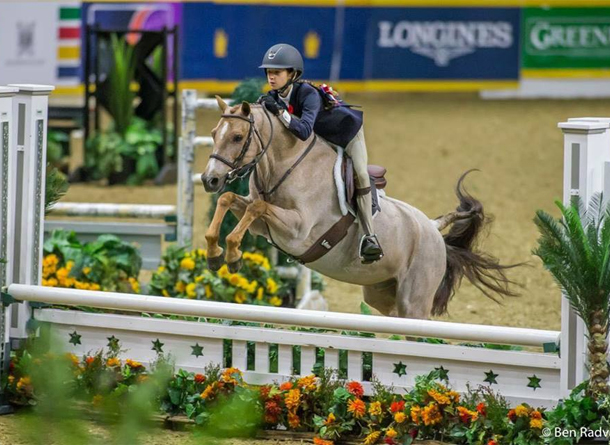 Since 1922, The Royal Agricultural Winter Fair has been held at Toronto’s Ricoh Coliseum. Hundreds of vendors as well as over 6,000 animals come to the city every November for the Fair, which features horse shows, crop displays, and educational exhibits.

The National Women’s Show combines lifestyle products such as fashion, home décor and beauty with educational programs promoting awareness for issues including women’s fertility health and self-esteem. Fashion shows, cooking displays, and speeches from some of Canada’s most inspiring women are some of the show’s top attractions.

Dia de los Muertos is a Mexican holiday that signifies the remembrance of lost loved ones and is celebrated around the world with breathtaking art displays, Mexican cuisine and elaborate costumes. This year’s celebration at Harbourfront Centre features a post-mortem puppet show as well as a special performance by the Viva Mexico Mariachi band.

November 6: EcoFair at the Barns

The EcoFair at Wychwood Barns aims to educate and inspire people and their families to live more eco-friendly lifestyles in a fast-paced urban environment like Toronto. Interactive exhibits, electric car displays, river walks, and DIY spa tutorials are just some of the eco-themed activities.

On November 8th, millions of people will be watching worldwide as the United States wraps up one of its most prolific and intense elections. Viewing parties are being hosted across Toronto at venues such as The Beaver, The Fox and the Fiddle, and Hot Docs Cinema.

Considered one of the top events for men’s lifestyle products, The Gentleman’s Expo features vendors, speakers and celebrity guests as well as other attractions such as the 30ft bag jump. The themes are style, tech, music, sports, alcohol, grooming, food and more!

Ranked as one of the Top Ten Holiday Fairs in the world, The Toronto Christmas Market spans over a month and features hundreds of local vendors and handmade products in the historic Distillery District under a blanket of twinkling lights.

The Swedish Christmas Fair at Harbourfront Centre is a unique celebration of Scandinavian culture and traditions. Swedish carols, folk dancing, and craft making can be accompanied by a glass of Swedish glögg – a traditional spiced mulled wine designed for enduring cold Scandinavian winters.

November 20: The Santa Claus Parade
A beloved Toronto tradition, The Santa Claus Parade draws over half a million people every year and is televised nationwide. The incredible floats as well as marching bands and festive displays are seen by many as the beginning of the Christmas Season in Toronto.

Twice a year, over 800 artists from across the province host one of the city’s biggest shopping events. Fashion, food, décor, and stationary are just a few of the things offered by the vendors. For a truly unique, handmade gift, the One of a Kind Show is a great shopping destination with diverse and creative items.

November 26 – The Cavalcade of Lights

The 50th annual Cavalcade of Lights is returning to Nathan Phillips Square on the 26th for one of the city’s most famous holiday celebrations. The lighting of the official Christmas tree will be accompanied by a spectacular fireworks display as well as skating party and live performances.