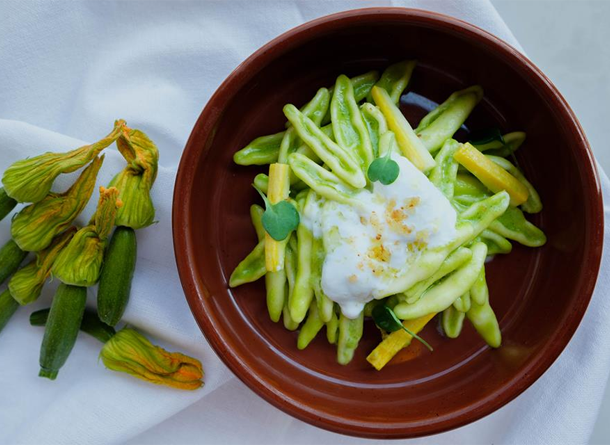 Open Roof Festival is Toronto’s only outdoor event that combines film, local music and beer, making it a summer experience like no other! With innovative and exciting programming, we highlight independent filmmakers and artists from Canada and around the world. A unique experience that is more than just a party, Open Roof is an evening of shared experiences and enjoying Toronto’s beautiful summer nights with friends.

The Toronto Fringe presented its first festival in the summer of 1989. Over the past 30 years it has grown into this city’s largest theatre festival, welcoming over 90,000 patrons and giving voice to over 1,200 artists annually. To date we have returned over $6,000,000 in box office revenue to artists. We have also premiered some of Canada’s most successful theatre productions including ‘Da Kink In My Hair, The Drowsy Chaperone, Mump and Smoot and Kim’s Convenience, to name a few.

Three Day Food Extravaganza that is set to focus on the greatest invention of all time; BURGERS.Food, Live Music, Beer, Fun Zones and much more! BURGERMANIA will feature Toronto’s top burger chefs and establishments serving up their finest patties between the buns in addition to everything else that relates to the burger experience!

The Festival is family friendly and OH YES, our vendors will be serving MEAT, VEGETARIAN and GLUTEN-FREE options!

The Festival began in 1989, when local jazz artists were booked to perform at the Kew Beach Bandshell in the Beach area of Toronto. Now celebrating her 30th anniversary, the Festival has blossomed into a month long mid-summer event that attracts millions of fans and makes a major contribution to promoting Canadian jazz excellence locally and on the world stage.

Toronto Outdoor Art Fair is Canada’s largest, longest running juried contemporary outdoor art fair. Founded in 1961, Toronto Outdoor Art Fair was established to put contemporary visual artists and makers at the front and centre of their works, in direct contact with the public, to nurture artistic excellence and artists’ entrepreneurial spirit. This free public event showcases works by over 340 contemporary visual artists and makers, ranging in medium from painting, photography, and mixed media to jewellery and ceramics, and attracts 115,000 visitors each year to Nathan Phillips Square.

Come enjoy some of the best local food and drink that The Junction has to offer on July 7th 7 pm – 11 pm!

One of the largest Latino-themed cultural celebrations in Canada, the award-winning TD Salsa in Toronto Festival spans over a three week period and features the annual TD Salsa on St. Clair Street Festival (July 7 & 8). As part of Canada’s #1 annual Latino-themed cultural celebration, TD Salsa on St. Clair takes over midtown Toronto and is the only festival where people do more than just eat and watch entertainment – they take part in non-stop dancing in the streets! Come and enjoy Canada’s hottest salsa party featuring an international caliber of Latin music, authentic cuisine and a fiesta of fun for the entire family.

This summer’s event has a new identity, combining a rich history in Toronto and some of the fastest racing series on the planet, with an off-track schedule just as fast-paced as action on the track including a festival of craft beer & food, adrenaline packed stunt shows and competitions, charity events, celebrity appearances, interactive activities and live entertainment.

The 2018 edition of Toronto’s Festival of Beer presented by the Beer Store happens July 26 to 29 at Bandshell Park, Exhibition Place. There will be hundreds of breweries, dozens of food choices and live entertainment each day. We also added a Thursday Night to our already legendary Friday, Saturday and Sunday. 4 days of glory!