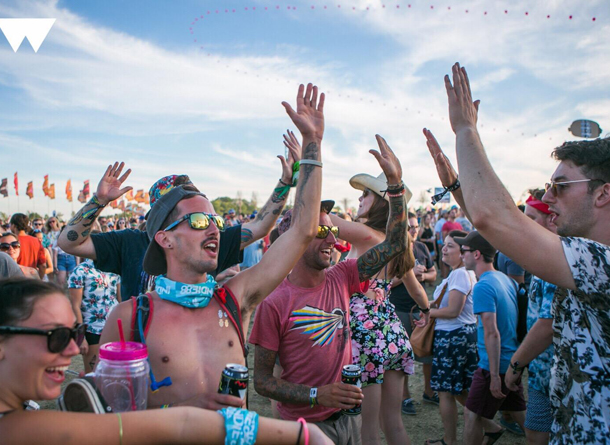 The Redpath Waterfront Festival will be going all out for Canada 150, with 75 vendors, a frigate from the Canadian Navy, and the attraction everyone’s been waiting for: The world’s biggest rubber duck! The duck, which weighs over 30,000 pounds, has been highly anticipated in the city for months and will finally be coming to Lake Ontario. There will also be a West Coast Lumberjack Show, where professional lumberjacks compete in events like log rolling, chainsaw cutting, and axe throwing.

Toronto Fringe was founded in 1989 by the city’s local indie artists. Despite growing to be Ontario’s most popular theatre festival, Toronto Fringe strives to keep its grassroots approach to creativity and collaboration. The performances are $12 a ticket and take place at venues across the city. There will also be shows and events for children at the Kidsfest as well as food vendors and outdoor activities.

The Beaches International Jazz Festival is world famous and draws thousands of music fans, families, and jazz enthusiasts for one of Toronto’s biggest and most popular festivals. The varieties of jazz are endless, with Latin-inspired groups, acapella performances, and electronic music all being represented by artists from the city and around the world. The Jazz Fest is truly one of Toronto’s best and most well-loved events, bringing together a truly diverse group of attendees to enjoy the jazz together.

Toronto’s craft beer scene is growing quickly, with new breweries popping up around the city and province. This year, the Toronto Festival of Beer promises to deliver on their slogan of “Beers, Bands, and Food,” with exactly 416 beers being featured alongside food trucks and live bands. Redman, Method Man, and Sloan are just a few of the bands providing accompaniment for the festivities.

The Toronto Summer Music Festival, or TSMF, “brings world-renowned performing artists to Toronto for an unparalleled combination of concerts, guest lectures and Masterclasses.” Over 60 public events will be held at venues including the Royal Conservatory and Walter Hall at the University of Toronto. The festival runs in conjunction with an academy for emerging performers, with events designed to integrate seasoned musicians with their less-experienced counterparts.

The Honda Indy spans three action-packed days of races, live entertainment and automobile-related activities. In addition to a Toronto Grand Prix, there will be stunt shows and meet-and-greets with the racers. All builds up to the main event, which the Indy promises will be exciting – “Whooshing past on a challenging combination of super-speedways, short ovals, scenic road courses and street circuits, drivers make unbelievable maneuvers and reach incredible speeds as they race towards the finish line!”

The Big on Bloor Festival of Arts and Culture is a celebration of local arts, culture, community, business, and creativity. The festival, which takes place on Bloor between Dufferin and Lansdowne, transforms an otherwise unremarkable stretch of road into a hub of merchants, musicians, and activity, with Bloordale residents celebrating their place in the city and . In addition to vendors and performances, there will also be a community awards ceremony honouring the efforts of different people and businesses in the neighbourhood.

Wayhome is one of Canada’s biggest concert festivals and one of the few events that can lure Torontonians out to Oro-Medonte – and with an impressive lineup this year, tickets are scarce. Some of the top acts include Flume, Cage the Elephant, Frank Ocean, Foster the People, Imagine Dragons, Solange, the Shins, Justice, and many more. Bring a blanket, some friends, and perhaps one of province’s many new craft brews!

UNITY Charity uses hip-hop and dance to bring together young people and improve communities. Local youth as well as international artists will be presenting sets with spoken word poetry, beatboxing, breakdancing, and visual art displays. Many of the performances are deeply personal, with young people reflecting on how Unity has transformed their lives for the better and changed heir vision for the future. It won’t be too heavy, though – there are plenty of upbeat and celebratory shows and events about all things hip hop.

Junction Night Market
July 22
The Junction Night Market provides a great opportunity to explore and enjoy one of Toronto’s most unique and up-and-coming districts. With new businesses, restaurants, and art studios increasingly making the Junction their home, this year’s market is sure to be a top event for bringing people in the neighborhood together as well as showing off what the Junction has to offer. The proceeds go toward helping members of the community access healthy food through local programs.