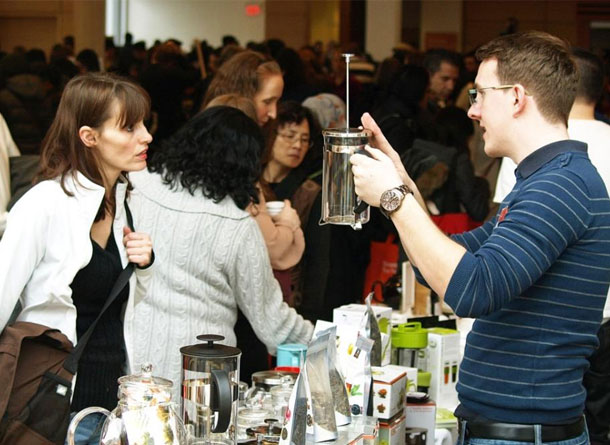 La Poutine Week is coming! From the 1st to the 7th of February multiple Toronto eateries will participate in delightful poutine deals and creations. Participating restaurants soon to be announced!

Out of the Past: The Films of Robert Mitchum

A 20-film centenary salute to that epitome of cool and axiom of film noir.

Whether you are a newbie or an aficionado of tea culture, the 6th annual Toronto Tea Festival will enable you to discover the world of tea from the traditional to the trendy.

Don your stompin’ boots, pull on a toque and wear your puffiest parka because it’s time to hoist a pint or two with the Craft Brewers of Ontario while the snowflakes are falling.

Canada’s longest-running new works festival returns for a 39th year. Rhubarb transforms Buddies into a hotbed of experimentation, with artists exploring new possibilities in theatre, dance, music, and performance art. Rhubarb is the place to see the most adventurous ideas in performance and to catch your favourite artists venturing into uncharted territory.

The GTA Home & Reno Show brings over 300 of the GTA’s finest contractors, suppliers and design experts on hand to the International Centre. Find everything you need to kick-start your next home project under one roof.

The 2018 Canadian International AutoShow returns to the Metro Convention Centre with bigger and better features. AutoShow 2018 is excited to bring you many fast and furious features throughout the 10-day event.