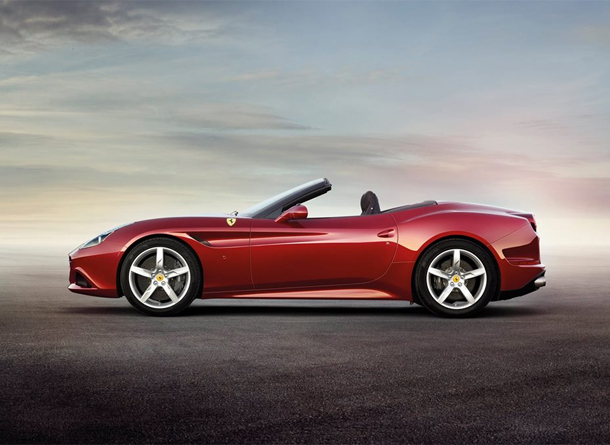 For two scrumptious weeks, Winterlicious Toronto brings a series of mouth-watering culinary events to the city and gives you a chance to indulge in creative cuisine from around the world at great prix fixe value. Try something new, try something exotic, try something traditional or try it all during this luscious series hosted by more than 200 of Toronto’s top restaurants. Is anybody else getting hungry?

The Canadian International AutoShow is Canada’s premier automotive industry event showcasing the latest in automotive technologies, companies, careers, and showcasing innovation. The Exotics are back at the AutoShow! The 2016 Auto Exotica brings you the hottest vehicles all under one roof. Expect to be amazed like never before with unparalleled vehicles from McLaren, Ferrari, Maserati and many more of your favourite exotic brands. This is your chance to experience the prestigious lifestyle behind the World’s Finest Automobiles at the 2016 Auto Exotica.

Join us as Kuumba 2016 explores the theme of “Black Like We” through music, discussion, comedy, dance and family activities for all ages. Building on over 20 years of tradition, Kuumba has sparked discourse and conversation around current and historical debates within the African-Canadian community.

It’s an  all-ages, mid-winter, weatherproof event, where you’ll find the best of urban, blues, rock,  jazz, country, folk and roots music , emulating a multi-stage rural summer festival. More than 150 artists will be performing at 5 venues over 3 days. The festival will also include special tribute events, an awards ceremony, community stages and various themed musical workshops with something for everyone to enjoy. Winterfolk is the ideal event for music-lovers seeking new and exciting things to do in the Toronto.

Where you can find hundreds of exhibitors displaying endless products devoted to fishing, boating, camping, hunting and the great outdoors, all under one roof! Come out and see what all the fuss is about!

Canada’s longest-running new works festival returns for a 37th year. For two weeks, Buddies is transformed into a hotbed of experimentation, with artists exploring new possibilities in theatre, dance, music, and performance art. Rhubarb is the place to see the most adventurous ideas in performance and to catch your favourite artists venture into uncharted territory.

Get into the game as the Toronto Star Golf & Travel Show tees off its 27th year! With a number of exhibitors featuring golf equipment, golf courses, travel options, demonstrations and onsite lessons, the Golf Show is the pre-season destination for lovers of the game.

The 2016 Motorcycle Show Toronto is going to be better than ever! The Show is the biggest manufacturers’ show in Ontario, with a wide-ranging and exciting line-up of exhibitors, that celebrates the motorcycle lifestyle. From the open road, to the track and to the trail, this is your chance to see the newest models from the big names, plus the latest in apparel, accessories and touring destinations – all under one roof.