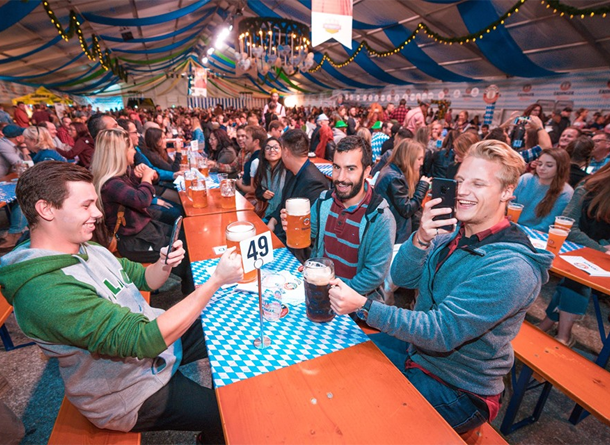 The biggest and brightest public film festival on the planet takes over Toronto each September with world premieres, cutting-edge film, galas and industry schmoozes. Whether you’re a cinephile or just love to see the celebs, Toronto during TIFF is the place to be.

As what people are expecting, the second Toronto Dragon Festival is coming soon in this year of 2019! The three-day Festival will be landed again in the same location – the centre of Toronto from September 6th to 8th. We welcome again the local artists and the people with different cultural and ethnic backgrounds to join hands together with us for the experience: Enjoy the Food and Dance with Dragon!

As an open-access event with free admission, an annual iconic cultural brand of Canada’s largest city, Toronto Dragon Festival aims to engage the participants with Chinese culture in the most interactive way. The organizers wish to further promote the in-depth exchange of different ethnic cultures in the “meeting place” City of Toronto to celebrate our diversity and fusion.

Transforming Parliament Street from Wellesley to Gerrard, and Carlton Street from Ontario to Parliament, the event showcases the very best of what the community has to offer. The fun begins with special opening ceremonies on Saturday at 11am and continues until 8pm. The excitement returns Sunday, 11am – 7pm.

Discover Ukrainian culture in Canada and share the Ukrainian spirit at North America’s largest Ukrainian Street Festival. This is your opportunity to experience Ukrainian culture and hospitality at its best. Enjoy non-stop entertainment with Ukrainian performers from the Greater Toronto Area, Canada, the USA and Ukraine, including dancers, vocalists, musicians and a special youth segment. Two stages will feature non-stop entertainment. And if you wish – join the dancing at the evening zabava/street dance on Friday and Saturday.

3 days of Jazz in Kensington Market

Born and raised in Kensington Market, singer-songwriter and philanthropist Molly Johnson O.C., had been dreaming of this festival for years. On September 16th, 2016, her dream came true. Together, with her founding team members Ori Dagan and Genevieve Marentette, Social Media Director Céline Peterson, members of the Kensington Market community and countless volunteers, KMJF was born!

Open Streets is Toronto’s largest outdoor recreational program, and it’s coming back this summer! From 10:00 am to 2:00 pm on August 18 and September 15 2019, Open Streets will close 7 km of Bloor and Yonge Streets to motorized vehicles and open them to people on foot, bikes, rollerblades, wheelchairs, skateboards and more.

Word On The Street: September 17th-22nd

It’s a festival 30 years in the making—The Word On The Street Toronto has championed literacy and excellent Canadian writing since 1989, delighting audiences of all ages with author readings and featured programming alongside Canada’s largest open-air book fair. This September, the festival will return to Harbourfront Centre for a birthday party like no other, celebrating the past and future of Canadian literature.

Are you ready for some serious laughs? Toronto’s Comedy Festival is back for another year of gut-busting events! On September 19th 2019, JFL42 returns to Toronto and promises to deliver the comedic goods.

Our Mission is to unite the world’s innovators to solve society’s biggest challenges. As Canada’s leading tech and innovation festival, Elevate attracts the biggest and brightest leaders shaping the world today. Hosted in the heart of Toronto from September 20-26, 2019, the festival features world-class speakers, interactive experiences, & can’t-miss socials. Made in Canada, we invite a worldwide audience to collaborate with Canada’s thriving innovation ecosystem.

The festival launched in 2012 with a mandate of providing a truly authentic Oktoberfest experience, similar to the spirit of Munich’s famed festival.

Currently, the festival is a three-day event which celebrates the food, drink, music and dance of Bavarian culture.