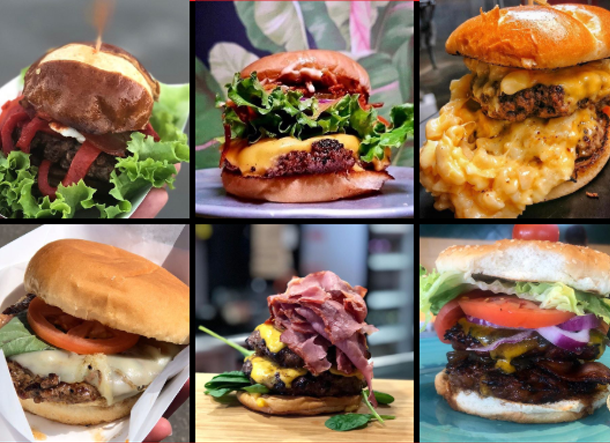 Toronto Events for May

The Scotiabank CONTACT Photography Festival is the largest annual photography event in the world, and a premiere cultural experience in Canada, with over 200 exhibitions and happenings from May 1-31, 2019 in the Greater Toronto Area.

Now in its 38th year, CANADIAN MUSIC WEEK is recognized as one of the premier entertainment events in North America focusing on the business of music. The Canadian Music Week festival spans 7 nights of performances, over 800 showcasing bands at more than 40 live music venues in downtown Toronto.

Spring Beerfest Toronto is a beer festival brought to you by the same team who produces the legendary summer festival: Toronto’s Festival of Beer. It happens on May 18 & 19 during the May long weekend at Fort York: Garrison Common – right in the heart of downtown Toronto.

It’s your official cottage in the city party serving up cold beer, delicious eats, your favourite tunes and cottage vibes all weekend long.

Collision is the fastest-growing tech conference in North America. Now in its fifth year, Collision has grown to over 25,000 attendees. Following the lead of our European event Web Summit, Collision has become a crossroads for the world’s largest buyers and sellers of technology, alongside many of the world’s most disruptive emerging technology companies.

In 1991, Inside Out celebrated its first film and video festival with a small community of people who yearned to see film and video created by and about lesbian, gay, bisexual and trans (LGBT) people. Over the next two decades, the Festival grew in scope as well as attendance, becoming the largest event of its kind in Canada and one of the top five LGBT film festivals in the world. Taking place over 11 days, the Festival draws crowds of close to 35,000 to screenings, artist talks, panel discussions, installations and parties that highlight more than 200 films and videos from Canada and around the world. In 2009 Inside Out welcomed RBC Royal Bank as the Presenting Sponsor for the Festival and in 2011, the Festival moved its screening to the state-of-the-art TIFF Bell Lightbox, increasing its attendance, media coverage and industry presence and solidifying Inside Out’s reputation as an international leader in the presentation of queer film.

Thirteen of Ontario & Quebec’s best food trucks are returning for the 2nd annual Toronto Poutine Fest and battling for the title of #1 Poutine in Toronto 2019!

Over 50 different poutines from 13 food trucks, ice cream and local artists on stage throughout the day!

Doors Open Toronto returns on Saturday, May 25 and Sunday, May 26 to showcase some of the most architecturally, historically, culturally and socially significant buildings across the city.

This year’s anniversary theme and programming will focus on “20 Something” and will celebrate the first 20 years of Doors Open Toronto while looking forward to the next 20 years.

A series of walking tours will highlight the social impact of the Queen Street East and Riverside neighbourhoods, as well as exploring the LGTBQ2S heritage of King Street and engineering advancements that occurred across Toronto.

AGO Infinity Room Opening (May 25th)

Infinity is possible! Last spring, hundreds of people lined up around the block day after day for the chance to secure tickets to the touring art exhibition Yayoi Kusama: Infinity Mirrors. One year later, following an ambitious crowdfunding campaign, the AGO announces that Canada’s first permanent Infinity Mirror Room will open to the public on May 25.

Beginning May 25, visitors wishing to see the Infinity Mirror Room will be directed to the Kusama Kiosk on Level 1 of the AGO, where they can reserve a same-day time slot. The artwork will be located inside Signy Eaton North Gallery on Level 2, and access will be via Galleria Italia.

A three day food extravaganza that is set to focus on the greatest invention of all time… BURGERS!

There will be food, live music, beer and much more.

BURGERMANIA features Toronto’s top burger chefs and establishments as they serve up their finest patties between the buns in addition to everything else that relates to the burger experience!

The festival is family friendly and OH YES, our vendors will be serving meat, vegetarian and gluten-free options.