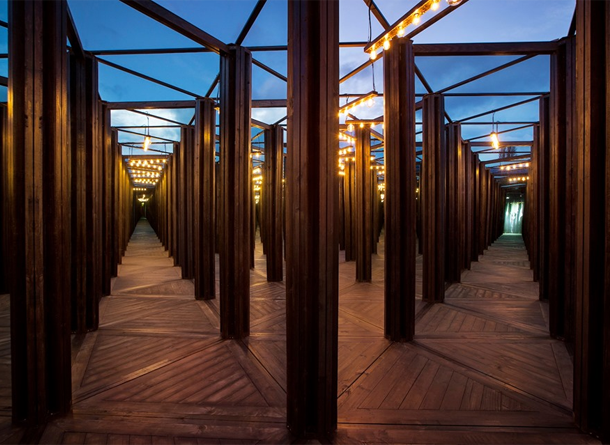 June is Pride Month! The highlight of Pride Month is Pride Weekend (June 21st to 23rd) with the parades, live performances and street market. The opening ceremony is on June 4th at City Hall where the Rainbow and Transgender flags will be raised. Of course, it’s more than just parties. There are comedy events, business networking, an AIDS vigil and much more.

The entire world sends their best artists to Toronto’s Luminato, one of the greatest art festivals in North America. It collects nearly 10,000 artists from 40 countries who perform in front of a million spectators in an abandoned power plant—a perfect stage for something so extraordinary. The world’s most eminent samples of theatre, dance, and music are showcased for nearly three weeks in the middle of June.

We are an annual celebration of music, arts, and community along Dundas Street West from Ossington Street to Landsdowne Avenue, covering 12 city blocks in Toronto. We bring the neighbourhood together and draw visitors to the area to explore shops, food, and rich cultural diversity.

The World Naked Bike Ride Toronto 2019 is on! It’s time to put a stop to the indecent exposure of people and the planet to cars and the pollution they create.

According to the United Nations, close to a million species of plants and animals could disappear from the face of the earth in the next 50 years as a result of greenhouse gasses being released primarily from motor vehicles.

Since 2004, cities across the world have experienced the joy of the world’s largest naked event promoting cycling in the history of humanity.

An Electric Atmosphere showcasing some of Toronto’s best and most celebrated chefs with an authentic Mexican twist. Join us for Tacos, Guacamole, Churros, Tequila, Hot Sauce and everything Mexican!

Founded in 1995 with our partner SXSW, NXNE kicks off festival season by taking over the city of Toronto every June for 10 days, bringing incredible talent and emerging live music to the city’s best known concert venues. NXNE includes a free, three-day music festival in the centre of the city, at Canada’s biggest street corner, Yonge and Dundas. This year, NXNE celebrates its 25th year of uniting people through music by bringing the best talents to the streets of Toronto.

NUIT ROSE is a free annual festival of queer art and performance, showcasing provocative, contemporary work by local and international artists. Over the past five years, NUIT ROSE has been a catalyst for community engagement, giving audiences opportunities to experience unique, transformational encounters with queer art across the city of Toronto.

We are excited to announce that NUIT ROSE will return for its spectacular 6th edition on Saturday, June 15, 2019.

Join us June 21, 22, and 23 to celebrate independent craft brewers. The festival will feature a wide variety of finely made craft beers and ciders, as well as delicious food, fun activities, and live music for 19+ festivalgoers.

Toronto Craft Beer Festival 2019 is conveniently located downtown on the West Island of Ontario Place (955 Lake Shore Blvd West). It will be a mostly outdoor event, just minutes from the CNE, GO, and TTC stops and yes, there should be plenty of parking.

The TD Toronto Jazz Festival has become known as one of North America’s premier jazz festivals produced annually by Toronto Downtown Jazz, a Canadian registered charity (No. 12969 0269 RR0001). What began in 1987 as an eight day showcase of jazz now attracts in excess of 500,000 loyal patrons annually over 10 days as more than 1,500 musicians entertain all across the city.

We are delighted to be bringing back The Junction 8th Annual Summer Solstice Festival on Saturday, June 22, noon to midnight, and it’s going to be bigger than ever! Live music, art market, food, craft, street performers + lots of fun for the whole family! Celebrating the longest day of the year and the kick-off to summer, the theme will be a retro-inspired beach party!

Since 1999, Toronto Ribfest has been delivering family entertainment to Toronto with the most exciting Canada Day weekend party around! Between the live entertainment, exciting midway and Kids Zone, and of course, the mouth-watering food, everyone has fun and no one leaves hungry.

But Toronto Ribfest is about more than just the food, fun, and music. We’re proud of the fact that 100% of the proceeds from Toronto Ribfest goes back into our community and to select programs that make our world a better place. Through the hard work of Rotary Etobicoke, our community sponsors and partners, and hundreds of volunteers, we’ve raised close to $4 million since we started 19 years ago – and every penny goes to support our causes.