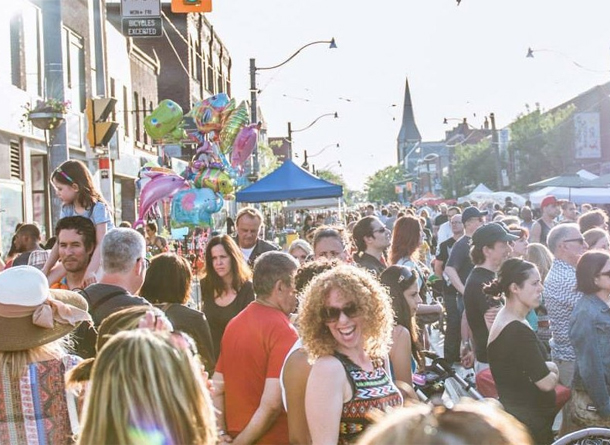 Toronto celebrates Pride Month, with events ranging from a flag raising at City Hall on June 1 to the parade on June 24!

Creative, participatory, local, and inclusive. Dundas West Fest is Toronto’s opening to the summer festival season. Join us on June 1st and 2nd, 2018!

We are an annual celebration of music, arts, and community along Dundas Street West from Ossington Street to Landsdowne Avenue, covering 12 city blocks in Toronto. We bring the neighbourhood together and draw visitors to the area to explore shops, food, and rich cultural diversity.

There’s no denying our love affair with Brunch. It’s like breakfast without the alarm clock. It’s like lunch without having to go back to work. It truly is a magnificent mash-up of meals. So this spring, TasteToronto and Bud Light Radler have rounded up an all-star roster of the most iconic brunch spots in the city to bring you a one-of-a-kind social experience celebrating everyone’s favourite weekend ritual.

This Spring, We Brunch!

Founded in 2006, desiFEST Music Festival is one of Canada’s biggest celebrations of South Asian urban culture and beyond – a multi-disciplinary, world-class festival with a positive social and economic impact.

But we are more than just a festival. desiFEST is a non-profit, youth-powered platform designed to put local artists on the map and unite, inspire and empower diverse communities of young people through arts and culture, year-round.

The inspiraTO Theatre Festival, Canada’s largest ten-minute play festival (June 7-16, 2018), is getting ready to take on Toronto. This season there are five different shows with a total of 30 ten-minute plays.

The festival is curated to address this year’s theme: All About Her.

Toronto True Crime Film Festival is a 2-day film festival dedicated to true crime on the big screen, including both documentary films and fictionalized films based on true crimes.

Join us for our first annual festival June 8th-9th, 2018 at The Royal Cinema in Toronto.

Luminato’s 2018 festival returns, with a lineup that includes critically-acclaimed, globe-spanning, and expansive theatre, dance, music, talks and more, coming to Toronto this June. In this year’s program you will find reflections on the world today, with many opportunities to engage with questions about equality, human rights, justice and inclusion.

The Redpath Waterfront Festival is an annual summer event that provides on-land and on-water programming for people of all ages and interests with the goal of promoting Toronto locally and internationally as a premiere waterfront destination.

With music, food, nautical programs and entertainment, the Festival has something for everyone to enjoy. Every three years, the event welcomes a fleet of majestic TALL SHIPS® to Toronto.

The TD Toronto Jazz Festival has become known as one of North America’s premier jazz festivals produced annually by Toronto Downtown Jazz. What began in 1987 as an eight day showcase of jazz now attracts in excess of 500,000 loyal patrons annually over 10 days as more than 1,500 musicians entertain all across the city.

This year we have an exciting line-up of entertainers as well as all day Kid’s Arts & Crafts Tent, craft vendors exhibiting and selling their wares and Indigenous agencies showcasing what they are doing in the community. Full schedule will be posted soon.

Shakespeare in the Park: June 28 – September 2

Now in its 36th season of outdoor theatre magic, Shakespeare in High Park presents adventurous adaptations of two of the Bard’s most popular and enduring works. The tragic romance of Romeo and Juliet and the frolicking comedy of A Midsummer Night’s Dream immerse you in tales of rebellious love in the face of authority — the best way to spend a summer night in Toronto