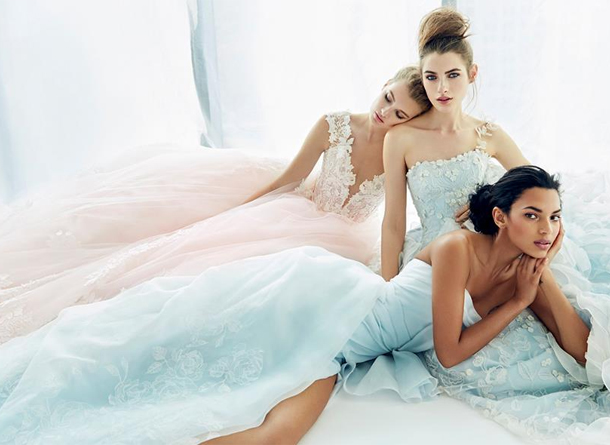 Kick off the new year and wake yourself up after a long night of celebrating by participating in the annual Toronto Polar Bear Dip and plunging into icy Lake Ontario. Habitat For Humanity has raised hundreds of thousands of dollars since the event’s inception in 2005, so whether you’re trying to improve your blood circulation or just shake last night’s hangover, the Polar Bear Dip is a great way to support building projects and community outreach in Toronto.

This year marks the 10th anniversary of Toronto Fringe’s Next Stage Theatre Festival, which provides a platform for emerging Canadian performance artists to showcase their talent and hopefully catch the eye of a discerning artistic authority looking for a new main stage production. Performances this year are exploring themes and artistic fusions ranging from part-myth/part-campfire story (Western, A Play With Music) to part-circus/part-cabaret (My Big Fat German Puppet Show)

TIFF’s annual Top Ten Film Festival is a celebration of contemporary Canadian cinema and Canadian achievements in the world of film. TIFF describes the event as a testament to the versatility of our filmmaking community, with artists across the country creating engaging cinema in their exploration of Canadian values. This year’s lineup includes films such as “Angry Inuk” by Alethea Arnaquq-Baril, a combined personal documentary and exposé which explores the worldwide anti-sealing movement’s damaging impact on Inuit communities. Another film that will be featured is “Those Who Make Revolution Halfway Only Dig Their Own Graves,” by Mathieu Denis and Simon Lavoie, a combination of fiction and documentary about a radical Quebec leftist cell sowing mayhem in Montreal as a prelude to overthrowing the government.

Described as an “unparalleled luxury experience” the annual WedLuxe Wedding Show is the ultimate gathering of high-end nuptial exhibits. Chefs, interior decorators, world-renowned wedding planners, and an endless supply of excited brides will be front and centre at this year’s extravaganza.

Over 100 events and exhibitions will be featured at this year’s Toronto Design Offsite Festival, which is Canada’s largest celebration of cultural design with a focus on interior décor and artwork.  Artists from different communities draw inspiration from a medley of cultures with rich artistic history to create and showcase exhibits featuring unique items like the ALMA rugs that incorporate traditional Portuguese tapestry as well as “Homology,” an exhibit of functional furniture pieces inspired by the combination of the Chinese Ying Yang and Canada’s wild natural environments.

Drawing attendees from across the province, the Toronto Interior Design Show is one of Canada’s biggest home shows and Toronto’s claim to fame on the global design scene. Interior decorators, fine hardware experts, appliance developers, landscapers, and fireplace designers alike will be convening to sell products and give talks on a wide range of topics pertaining to interior décor. The biggest design party of the year will kick it off on the 19th with over 5,700 of the industry’s top influencers in attendance.

The Gladstone Hotel is known as a local hub of creativity, which comes to a climax every year with Come Up To My Room, an experimental and interactive art showcase that transforms all 4 floors of the hotel. This year’s theme is Transplant: how ideas, knowledge, and cultural concepts are exchanged as our environment evolves through digital interaction and geopolitics. Participating artists will be exploring these constant changes in society and how we define our place amidst them in a chaotic world.

The second ever circus sideshow festival in Canadian history is being held this January at the Mod Club, hosted by local circus veteran and mentalist Mysterion. Contortionists, sword swallowers, showgirls and burlesque dancers are just a few of the performers involved in the two-day circus extravaganza. Browse the Museum of Oddities or attend a “gross-out brunch” in Kensington Market to immerse yourself in the thrilling and eccentric world of the circus.

Forget your winter blues and dream of warm summer days on the lake at The Toronto Boat Show, with hundreds of boats on display showcasing the latest in naval technology and design. The world’s largest indoor lake will be open to boaters and spectators as well as waterskiing and wakeboarding tutorial groups. Whether you’re an experienced mariner or an amateur boat fan, the show offers something for everyone interested in learning more about watersports.

The world of tea is increasingly vast, with countless varieties and methods of preparing and drinking it. As a multicultural city that celebrates all manners of cuisine, Toronto is the perfect place to learn about and try new types of teas. Whether you prefer, herbal, chair, rooibos, or classic black tea, the exhibitors and events at the Toronto Tea Festival are sure to provide and educational and delicious experience.