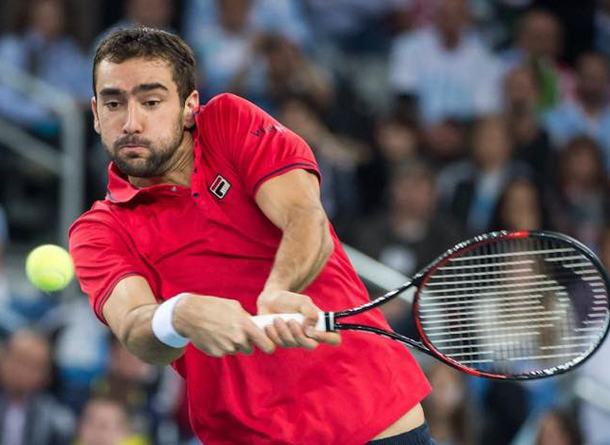 Hard courts, hard lines and a place where “love” is a bad word. For nine days this August, tennis frenzy takes over Toronto.

Formerly known as the Canadian Masters, the Rogers Cup is a two-part split tournament. In odd-numbered years, the men’s Association of Tennis Professionals (ATP) Masters 1000 section is held in Montreal, while the Women’s Tennis Association (WTP) Premier 5 section is held in Toronto, and vice versa for even-numbered years. 2019 sees the ATP tournament at the Aviva Centre at York University in Toronto.

Drake’s OVO Fest will make its return to Toronto, Ontario later this year. Two days of music will take place August 4-5 at the Budweiser Stage (previously known as the Molson Amphitheatre). August 4 will feature performances by B2K, Mario, Pretty Ricky, Lloyd, Ying Yang Twins, Chingy, and Bobby V, while Drake will headline the venue on August 5.

There are also two other events that have been announced as part of OVO Fest: the OVO Summit, described as “an immersive conference for Canadian creatives and lifestyle entrepreneurs looking to grow their careers,” will take place at the Metro Toronto Convention Centre on August 2. OVO Bounce, a basketball showcase event, will take place at the University of Toronto Goldring Centre.

SummerWorks is widely recognized as one of the most important platforms for launching new work in Canada. We are interested in continuously re-imagining and innovating the possibilities of performance- how it is created, presented and experienced. SummerWorks present two Festivals annually, Progress International Festival of performance and ideas, and SummerWorks Performance Festival.

As an organization that brings together performance nationally and internationally, we wish to acknowledge that SummerWorks takes place on the traditional territory, Tkaronto, “Where the Trees Meet the Water,” “The Gathering Place” of the Mississauga, Anishinaabe, Haudenosaunee, and Wendat Nations. As we come together we pay our respects to all our relations who have gathered and will continue to gather in this place.

Now in its tenth year, the Pan Asian food fest and lifestyle expo is popping up at Ontario Place for the second year in a row. Admission is free for the three-day festival, known for countless mouthwatering food vendors and exhibitors. Get ready to fill your tummy with mind-blowing eats.

Taste of the Danforth (August 9th-11th)

The most anticipated event of the summer is just around the corner! Canada’s Largest Street Festival, Taste of the Danforth, returns for its 26th year from August 9th to 11th. Attracting over 1.64 million attendees in 2018, ​the Festival offers a variety of performances, food, and activities for people of all ages – ​come for the food, stay for the fun!

The Festival has an extensive list of attractions, from Hollywood on the Danforth to Kids’ Fun Zone, Celebrity Stage, a Sports Zone featuring Toronto’s home teams, and of course, over 200 participating retailers and restaurateurs.

One of the largest fairs in North America. 18 days of fun for everyone.

Toronto’s iconic summer tradition, the Canadian National Exhibition (CNE), returns August 16 to September 2, 2019 with all-new features and popular favourites that continue to attract more than 1.5 million visitors annually. New for 2019, the CNE will host the Canadian premiere of the travelling exhibition “50 Greatest Photographs of National Geographic,” comprised of iconic images that defined the 21st century ranging from the striking portrait of Afghan Girl by photographer Steve McCurry, to a haunting photo of The Titanic taken 4000m below sea. Also new this year is The Ex Race attraction, where competitors will trek through an American Ninja Warrior-inspired obstacle course.

Summer is coming soon! Join us to celebrate the 19th Toronto Chinatown Festival with Asian food and all day cultural performances and FREE walking tour in Chinatown! We are providing you a brand new experience in one of the biggest Chinatown in North America. And don’t miss the dragon dance in our opening ceremony on August 17, 2019 (Saturday) at 12:00 pm.

Open Streets is Toronto’s largest outdoor recreational program, and it’s coming back this summer! From 10:00 am to 2:00 pm on August 18 and September 15 2019, Open Streets will close 7 km of Bloor and Yonge Streets to motorized vehicles and open them to people on foot, bikes, rollerblades, wheelchairs, skateboards and more.

Activity Hubs will animate the street frontages along the Open Streets route with participative, interactive activities – things like exercise and dance classes, art-making, installations, workshops, performances, street games, water stations, obstacle courses, neighbourhood tours and more – led by Torontonians from along the route and around the city. Organizations, businesses or individuals interesting in leading an activity at an Open Streets Activity Hub at one or both of this summer’s events are invited to fill out an activity proposal form here. We can’t wait to hear what Torontonians have in mind!

The award-winning Toronto Cider Festival is back for its milestone event, once again creating an environment where Toronto’s vibrant community can kick back, relax and celebrate the summer with delicious ciders in hand!

While CIDER is the star of the show, our festival is about so much more!!! Showcasing the best cider party in the city…. it’s about having an unforgettable experience with amazing music, delicious food, interactive games, and exciting contests, all glued together with a unique vibe!

Bringing together over 100 kinds of cider from the best apple growing regions across Canada, we’re featuring 3 unique sessions again this year, and 2 VIP Experiences.

Epilepsy Toronto is proud to announce that the 20th annual Toronto International BuskerFest for Epilepsy will once again take place in Woodbine Park in The Beach, serving up non-stop, action-packed, fun-filled entertainment over the Labour Day weekend, Friday August 30 through Monday September 2.

Now in its milestone 20th year, the event is widely recognized as one of the best and biggest street performer festivals in the universe, and the largest epilepsy awareness event in the world! Since its inception in 2000, the Toronto International BuskerFest has featured hundreds of the best street performers from around the globe, hosted millions of amazed spectators and helped raise much-needed funds for Epilepsy Toronto through visitors’ donations at the gate.

Join comedians, escape-artists, sword-swallowers, musicians, magicians, fire jugglers, acrobats, aerial artists, clowns and daredevils; over a hundred of the most extraordinary street performers on earth, as they descend upon Woodbine Park for some serious fun!