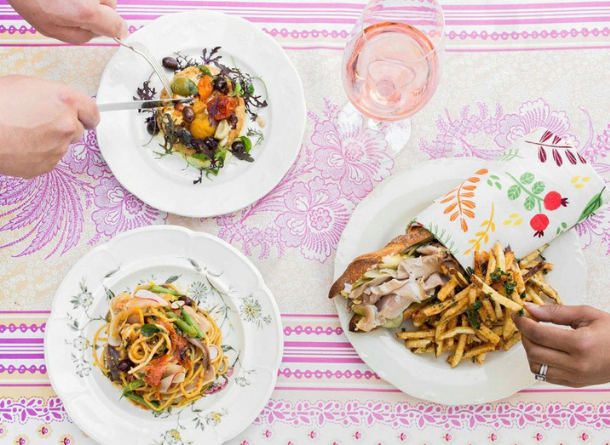 The weekend will be filled with a ton of interactive activities planned for you and the whole family to enjoy. Want to learn how to make mouthwatering Caribbean delicacies?

Chef Kareema and Chef Selwyn will be Showcasing their culinary talents at The JerkFest Demonstration tent Presented by Food Basics.

Travel the world with your taste buds right at home this year! Gather with friends and family and savour delicious three-course prix fixe lunch and dinner menus at more than 200 local restaurants.

Explore what Toronto has to offer with our rich and diverse culinary culture at different price points.

The Bentway announced the return of their Block Party on Sunday, August 14. After a two-year hiatus, the day-long celebratory street party is back with a jam-packed day filled with musical performances, family-friendly activities and workshops, food and drink, fashion, drag, dancing, face painting, and more. The free event will run from noon to 10pm at The Bentway, under-the-Gardiner at 250 Fort York Blvd, helping close out The Bentway’s summer season.

After a two year hiatus the long awaited return of the CNE is finally upon us. From August 19th- September 5th you can enjoy a multitude of midway rides and games, some over the top and delicious eats as well as some top notch performances and attractions.

Don’t miss the return of one of Toronto’s most beloved carnivals and a staple of summer in the city.

The Rosé Picnic is the largest premium picnic dedicated to the trendiest wine in the world, delicious food, and great music from Canada’s top musical talent.‍

Located at the Woodbine Park, Toronto, The Rosé Picnic will transform the grounds into a sea of pink and white.‍

Join over 20,000 guests to sip an assortment of fabulous rosé wines, savour curated gourmet food pairings from local celebrity chefs, experience 30+ Instagram worthy brand activations for the most epic selfies, and the opportunity to enjoy an exclusive VIP experiences with your besties.‍

Japan Festival CANADA has been hosted in one of the multicultural countries in the world, Canada, to introduce and promote genuine Japanese food, culture and technologies.

An event that isn’t just about the race, but also highlights the latest in fashion is a can’t miss summer activity for the whole family to enjoy.

Cool down this summer with the delicious taste of over 100 ciders as the Toronto Cider Festival returns to Inukshuk Park. From delicious drinks to tasty food and great music and activities, there is no better way to spend the end of August weekend.

We are shutting down Dundas Street East from Logan Ave  to Carlaw Ave for a good old fashioned neighbourhood street party!

Come and join us as we feature regional brewers, community food vendors and local artisans.

Escape the heat wave and relax in your nice cool living room and enjoy all of these latest movies and tv shows that have arrived on Netflix Canada in August.