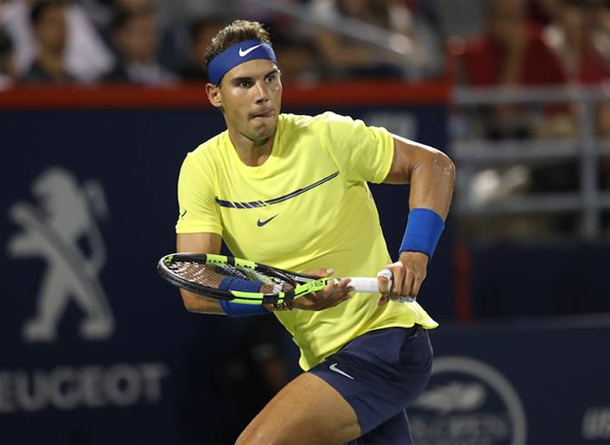 Back for another year, The Toronto Food Truck Festival is serving up some real must-eats! As always, admission is free and there’s something for everyone. Entertain yourself with some of Toronto’s best local talent, participate in our live-eating challenges and enjoy a cold beer!

Taste of the Middle East: August 4

On August 4, 2018 learn what a Jalab is or how Turkish coffee is made. Try a sip of Arak or a bite of a grilled halloumi. Appreciate the vibrant art, music and dance that will surround you as you expand your palate and taste the 1001 Flavours that the Middle Eastern culture has to offer.

The 7th annual Veld Music Festival will heat up the summer music lineup on August 4th and 5th at Downsview Park in Toronto. Spanning across two days with over 30 internationally acclaimed Dance Music and Hip-Hop acts, this year’s Festival showcases some of the most revered names in the music industry. Prepare for Veld!

Rogers Cup presented by National Bank, which takes place August 4-12 at the Aviva Centre, is confirmed to feature World No. 1 Rafael Nadal and Wimbledon champion Novak Djokovic as part of 19 of the Top 20 players in the world.

Toronto’s annual Taste of the Danforth is happening from Aug 10th to Aug 12th this year. Join us as we celebrate our 25th anniversary of great food from local vendors along with lots of free entertainment and fun. There’s something for everyone!

Originally launched in partnership with T&T Supermarket Inc in 2010, the Waterfront Night Market has become one of the most recognized cultural festivals across North America. The WNM treats attendees to an exciting outdoor culinary experience featuring an enticing selection of Asian theme ‘street food’ and merchandise, combined with our own flavour of entertainment, sports, and cultural performances for an all-out night market experience.

For three days in August, the Beat of the Globe comes to the Heart of Toronto, as Small World Music reinvents its annual festival program, moving its 17th edition to the waterfront in the height of the summer season!

Small World’s signature program is renowned for its eclectic mix of artists from around the globe and around the corner representing the state-of-the-art in global sounds. The programming is informed by the notion of ‘intersections’ – connecting communities, juxtaposing traditional and cutting-edge forms, looking to the past and the future of culturally diverse music.

Fire up the BBQ & join us for a one of a kind, social summer experience featuring one of the most celebrated forms of cooking. Enjoy craft beers & bourbon cocktails while listening to live country music, line dancing & riding the mechanical bull! Don’t Miss It!

Winner of the Notable Best Festival Award in 2017, Toronto Cider Festival will be once again creating an environment where Toronto’s vibrant community can kick back, relax and celebrate the end of summer with delicious ciders in hand! In 2018, we’ll be bringing together over 100 kinds of cider from the best apple growing regions in Canada and around the world.

It’s spontaneous, it’s outrageous; it’s fun, funny and fabulous – there is literally something for everyone at the Toronto International BuskerFest for Epilepsy. The festival features spectacular circus artistry, non-verbal shows that can be understood by all, and one-of-a-kind entertainment that will have you questioning your very eyes.