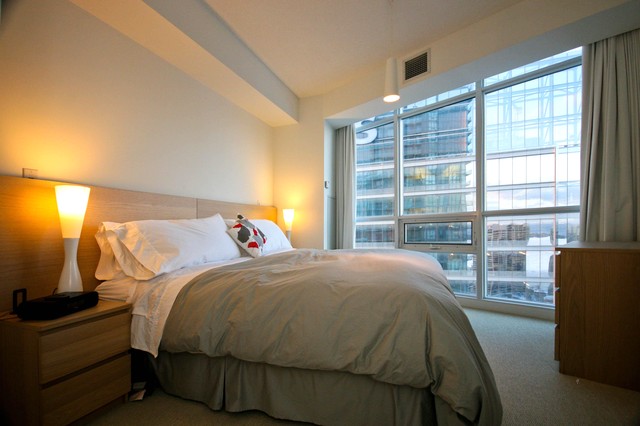 Toronto Condos: Buying a Condo and Removing a Bedrooom

Often times when a buyer purchases condo with 2 bedrooms they think how much better it could be if the space was opened up and it was converted to a one bedroom condo… it’s a tempting idea and one that could make the space so much more usable! I’m all for it as long as you understand how it affects the value of a condo.

Now, I speak from experience here because I once owned a loft in King West Village in Toronto that I thought would be soooo much better as one big open space but in the end I got burned a bit because… I thought it would increase its value but in the end it didn’t. I had the idea that, if I loved it, everyone else would too. When I sold my loft, it sold for about 20K less than the one above it that had a designated bedroom and it’s all because I removed the bedroom and created a massive open concept living space.

Keep in mind, the best way to make more money in your home is to add a room or add more space; taking away space, more often than not, will take away value. Now, I’m not saying you should never do it… it depends on your current needs and situation. The space you buy is for you and your lifestyle so go ahead and rip down the walls if you think you’ll enjoy the space more. Just keep in mind that you are doing it for you and forget about everyone else…