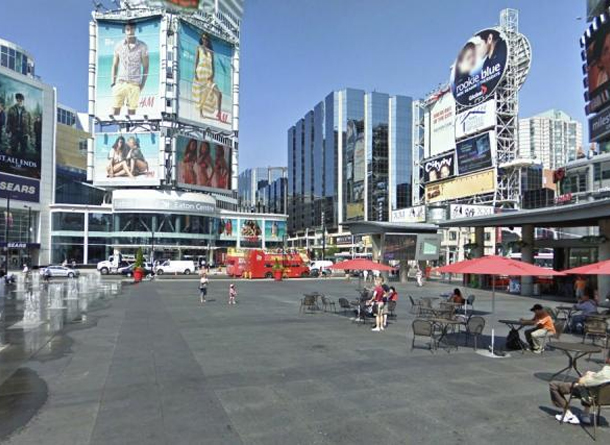 Top posts of 2014 – #5: City Says Atrium on Bay Can Expand Upwards and Outwards

As of this past December’s Toronto City Council meeting, H&R REIT, the owners of the Atrium on Bay complex since 2011, now have a zoning amendment that they need to allow expansion of the complex.

Originally opened in 1979, the Atrium on Bay takes up most of the block bounded by Yonge, Dundas, Bay, and Edward Streets in Toronto’s Commercial heart, just north of the Eaton Centre. Marked by atriums which rise the full height of 14 and 13-storey office towers which rise over the east and west ends of the site respectively, the ground floor and lower level of the complex are feature stores and restaurants. The complex connects via the PATH pedestrian network underground to the Dundas subway station and Eaton Centre to the south and to the Toronto Coach Terminal to the west.