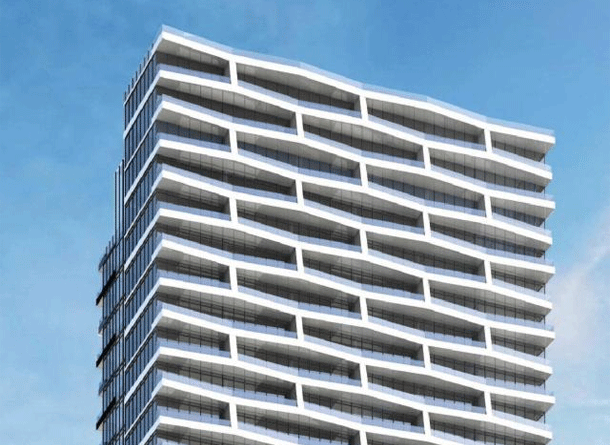 It’s no surprise that there’s a condo building being proposed for the north east corner of Church and Carlton – the space is in a prime location and it’s currently underused as a parking lot. One of the main concerns about this development is the height,according to Urbantoronto.com . At 45 storeys, it would cast a considerable shadow over Church Street Junior Public School.

It would be awfully close to another proposed condo tower at 70-72 Carlton Street, which would replace the buildings currently housing Zipperz and the now closed pharmacy. This tower would be 38 storeys. (Interestingly, the application from 2013 includes 202 parking spaces for vehicles but 543 spaces for bicycles.)

In 2014, there was also an application to put up a 32 storey student residence at 412 Church Street, which would be the parking lot directly south of what used to be The Barn.

Despite having applications dating back to 2013, none of these projects have been approved. However, regardless of whether these projects go ahead as planned, this underused space is going to be home to some big buildings that are going to change the character of Church Street. Of course, surface parking lots don’t add anything from the neighbourhood, but having retail and restaurants at street level would certainly improve this stretch of the village!

Plus, you couldn’t ask for a more convenient location – one block from the College subway, steps to Loblaws and the LCBO and walking or biking distance to anything you’d want to do in downtown Toronto!