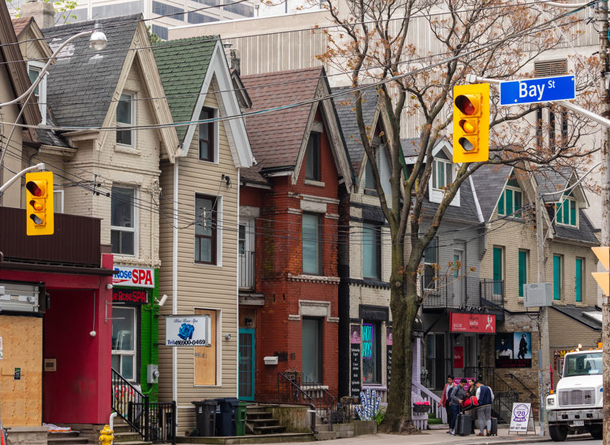 Yes, intense is the word I would use to describe Toronto’s real estate market so far this year. Inventory levels are low, so demand has amped up. And while there are likely going to be more listings hitting the market when spring arrives, the recent announcement that rules for the mortgage stress test are being revised may not make things any easier. It’s hard to say where the market is going to go – the more inventory, the less heated it will be, but not if there are additional buyers!

One concern, and it’s the elephant in the room, is that we saw something similar to this in 2017 when prices ramped up. The provincial government stepped in and introduced the Fair Housing Plan, which had an immediate cooling effect on the market. However, as prices dropped, some sellers ran into issues where the buyer couldn’t close because the home didn’t appraise at the value they paid, which created a mess.

The reality of the market right now is that successful buyers are those that are going in with their best offer – likely more than the numbers would tell us. There are still many properties that sell below the asking price, but chances are they are already overpriced, less desirable or in a lesser neighbourhood.

Some of the more recent transactions I’ve had have been super quick or have had multiple bidders.

One property a client was bidding on was a one bedroom unit at Sherbourne and Bloor. We were one of 14 offers. It was cute and had parking and a nice view. It was listed for $620,000 and sold for $725,000, which is a lot for a 650 square foot apartment, especially at Sherbourne and Bloor. With 14 offers, we knew there was little hope of being successful so we moved on…My client ended up making a successful offer for a suite in a nearby building, also in a bidding situation, significantly above asking.

It’s hard to truly know the value of a property right now because emotions are high. There are a lot of people waiting for a good property to come on the market and they know they have to be serious. Whether a property would be appraised by the bank, at the values being paid because of the demand pushing prices up as quickly as they are rising, is something to always keep in mind. A buyer must be sure to have a strong down payment to mitigate any issues should the bank not appraise the property for what a buyer pays for it. If the bank appraises the value lower, a buyer has to make up the difference between what they paid and what the bank believes the value to be. If a buyer doesn’t have a large down payment, that can cause problems with the approval process.

I’m currently working with a number of buyers who are struggling to find places. Most recently, I met a new client who is considering buying a larger condo and selling his current condo. We went through the reality of the market, and as a buyer you can hear the words, but sometimes you have to experience the reality of the market by going through a couple of “bidding wars” before you really get it. And inevitably, if it’s possible, the budget goes up.

The less specific you are about the type of house and the neighbourhood, the easier it is to find something. But if you’re super specific about space, you’ll be waiting a while and the market will grow… and then you’re losing the gain in the equity you could have invested if you’d bought sooner because of it.

Now can be a great time to sell a property because there’s so little inventory. Weather-wise it can be a bit challenging if we get a big snow storm, but once you get past the lull after Christmas, there are a lot of serious buyers out there. It’s not a bad time to think about selling.

As with most things, it is impossible to time the market because selling depends on so many factors; politics, the economy, inventory, the weather, etc…. I always say, “the best time to sell is when it’s best for you”. But if you’re thinking about selling and moving out of the city, now is a fantastic time to cash out!!

Overall, prices are going up now and I think that will probably level out a bit – more product will come on the market and there will be slightly less demand for each property. The only exceptions will be (and these will be the ones that make the news) homes that are totally stunning in high-demand neighbourhoods that blow everything out of the water.

If you have any questions about the market, please give me a call!