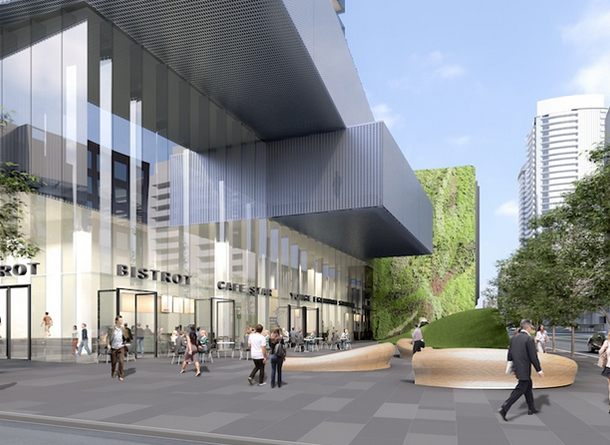 With the Eglinton LRT under construction, midtown is a construction nightmare – but anybody who buys a Toronto condo in and around Eglinton will be glad they did. For investors, the intersection of Yonge and Eglinton could be a goldmine – the units will be at the crossroads of two major transit lines.

Dubbed the Crosstown, it’s the first major east west transit project since the Bloor/Danforth line was built almost 50 years ago. At over 24 stops, it’s going to be a major addition to Toronto’s transit. Yes, it’s not scheduled to be completed until 2020, but once the underground digging is completed and streetscapes return to normal, the construction will be quickly forgotten.

But I digress – the construction of the LRT is not lost on developers who have a number of large projects underway including the five highlighted in this article.

However, the buildings that will truly redefine the intersection of Yonge and Eglinton are E Condos, which are taking up the block between Eglinton and Roehampton (RIP What-a-Bagel). Two towers, one 58 storeys and the other 38 storeys are scheduled for completion in 2017.