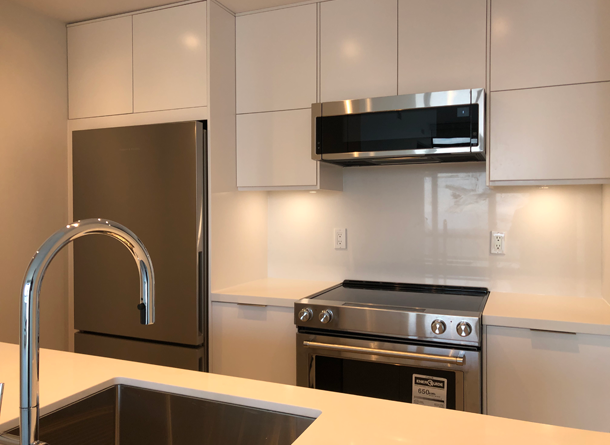 After almost 6 weeks the renovation at my Radio City condo is almost complete! By the time you’re reading this, it should actually be done. There are only a few items left; installation of closet shelving & glass and mirror installation for the bathroom.

I’m super happy with the results, but I thought I’d share some of the snags with you. As I mentioned in the previous blog, I had a specific design aesthetic in mind. I wanted clean lines and visually uncluttered, which includes doors without hinges and integrated appliances; a rather crisp, monochromatic feel that would fit anyone’s decor. Since it’s an investment property, I wanted anyone who wanted to live there to be able to express their individual personality through their furnishings and the apartment to be a solid canvas for that to happen.

As you’ll see from the photos, the end result looks great, but below are some of the unexpected challenges.

I wanted a fridge that was counter depth and integrated with the cabinets so everything was smooth. I bought a Fisher Paykel, flat-front fridge that promised all that and more. However, I learned that while the box of the appliance was counter depth, the door actually extends past the counter, because otherwise there would be no way to open the fridge. It would fit the design aesthetic but not being able to access food would be slightly impractical. To have a truly integrated fridge, you have to buy a “panel ready”, counter depth fridge and that’s way more money than I’d want to invest in an investment  property.

The fridge issue didn’t end there. For obvious reasons one wants a fridge to be level. The fridge has adjustable wheels on the front to balance it, but the back wheels aren’t adjustable. Turns out the floor at the back isn’t quite level due to slightly uneven concrete floors, so if we levelled out the fridge, it looked wonky. In the end, the fridge has been levelled with some fancy shims but certainly that’s not the ideal finished product.

The microwave is also an issue. In order for a microwave door to open, it has to extend past the cabinetry. In my case, it extends further past the cabinetry than I would have liked because I bought too deep a microwave… don’t get me wrong, it still looks good, it just doesn’t look as integrated as I had hoped.

The toilet drama. Oh, the toilet drama. I bought a toilet I saw at TAPS. It’s not super special, but it’s got more of a designer touch than something you buy at a big box store. It turns out that cheaper toilets are easy to install and come with all the necessary parts. The more “designer commodes” don’t come with parts like a wax ring or the metal hose to attach to the water supply so you have to go and buy it.

Bathroom troubles did not end there.

I had a very specific vision for the shower. I hired someone to do drawings. He measured everything precisely in the shower surround for tiles that were 24″ by 12″, allowing for a niche in the shower. The niche was designed to be exactly the space of one tile so it would be perfectly framed and no cuts would have to be made. However, when the contractor started putting the tile on the wall, he realized that the tiles were actually 24″ by 11 ¾”.

I will admit there was a small meltdown. After all this prep work, the actual tiles were not the size as quoted. Even 1/8th of an inch makes a big difference in terms of design and aesthetics.

He suggested getting rid of the niche altogether because, that the cuts required to the tiles would make the job look like an amateur had done it. But I was adamant I wanted my niche, dammit. In the end, the contractor did a terrific job. The grout we found matches the tile almost perfectly so you don’t really notice the extra tile cuts that had to be made and it looks good!

There are always imperfections in hardwood. The flooring I chose has knots in it. Some are minor, some are more obvious. I specifically hired flooring experts with the expectation that the planks with major imperfections would be used where the knots wouldn’t be obvious, like in a closet or where a couch or carpet would be.

The good news is that when they were doing the main room, they pulled the planks with the ugly knots. But they used all the rejects in the bedroom even though there were still two unopened boxes. I could have stood over the flooring installers all day to ensure they used the correct planks but I somehow think that would have been annoying for them and quite frankly, I have better things to do with my time. Lesson learned though. If I ever replace a floor again, I am going to stand over them and pick boards or make it super clear about making sure the knots are installed where they will not impact the overall look.

I wanted to replace the existing closet doors with something that was hingeless and worked on a push. We looked into ordering them from a door company, but it was going to take too long for delivery so the contractor decided to make new doors himself. Again, I had a very specific aesthetic in mind. The gap needed to be even all the way around the door. Surprise – the doors warped and this became a much more complicated job than originally intended. Another lesson learned, the simplest look is usually the hardest to achieve.

I opted for someone I have worked with several times in the past. He originally came as a referral from a client many years ago. I liked the way he worked; he keeps a super clean work site and everything he said was going to happen, happened. I got a good vibe from him and he was trustworthy, so I used him to do another project for me.
In terms of pricing, he was the second least expensive… until he started working and then he became the second most expensive. That said, he quoted 23K then he came back and quoted 30K and during the job, it rose to 34K. With him and electric, it will be 41K including HST. The highest quote was 50K and that also certainly would have risen over time.

Ultimately, it worked out and the place looks fantastic, or at least I think it does. In fact, I have hired the same contractor to renovate the kitchen and bathrooms in my home. Soon enough, Charles and I will be moving into the condo for a couple of months while those renovations happen. Another adventure lies ahead! 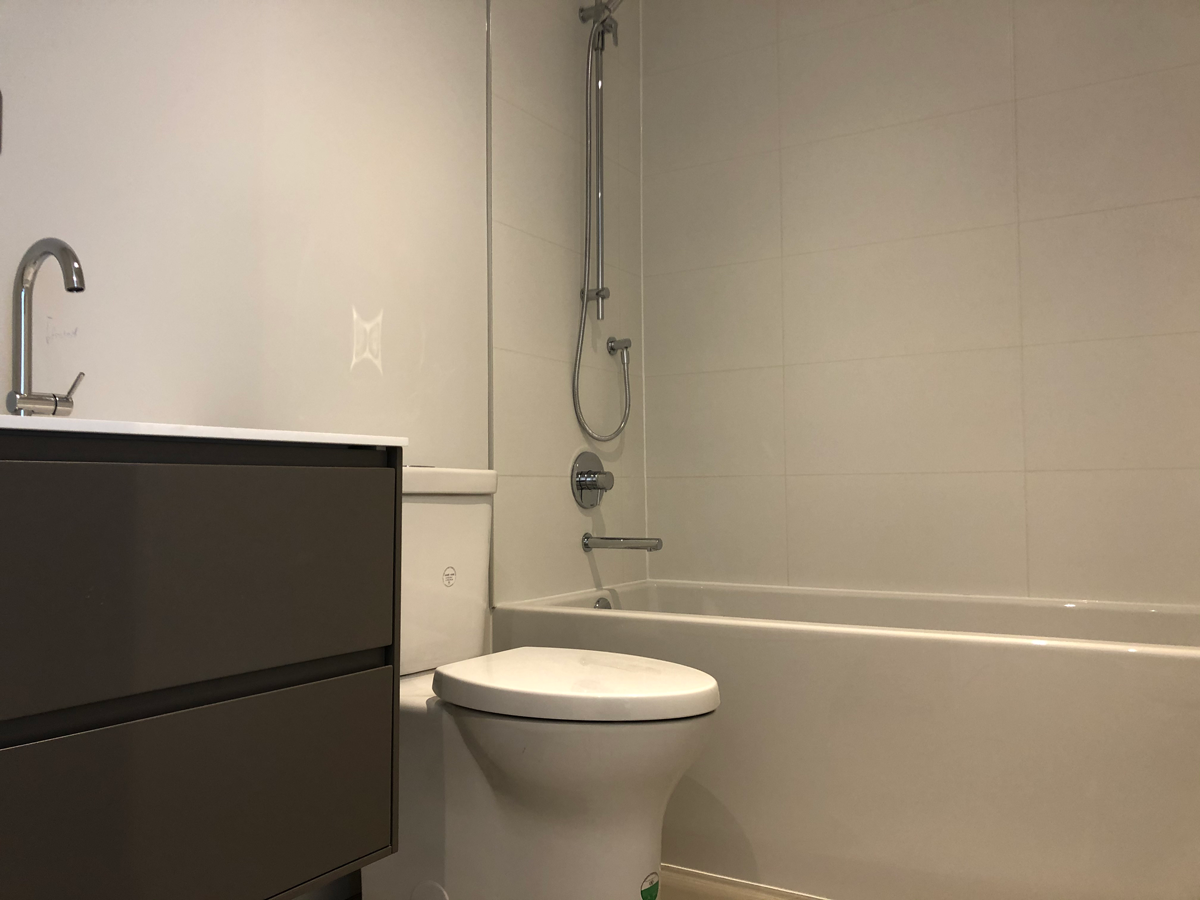 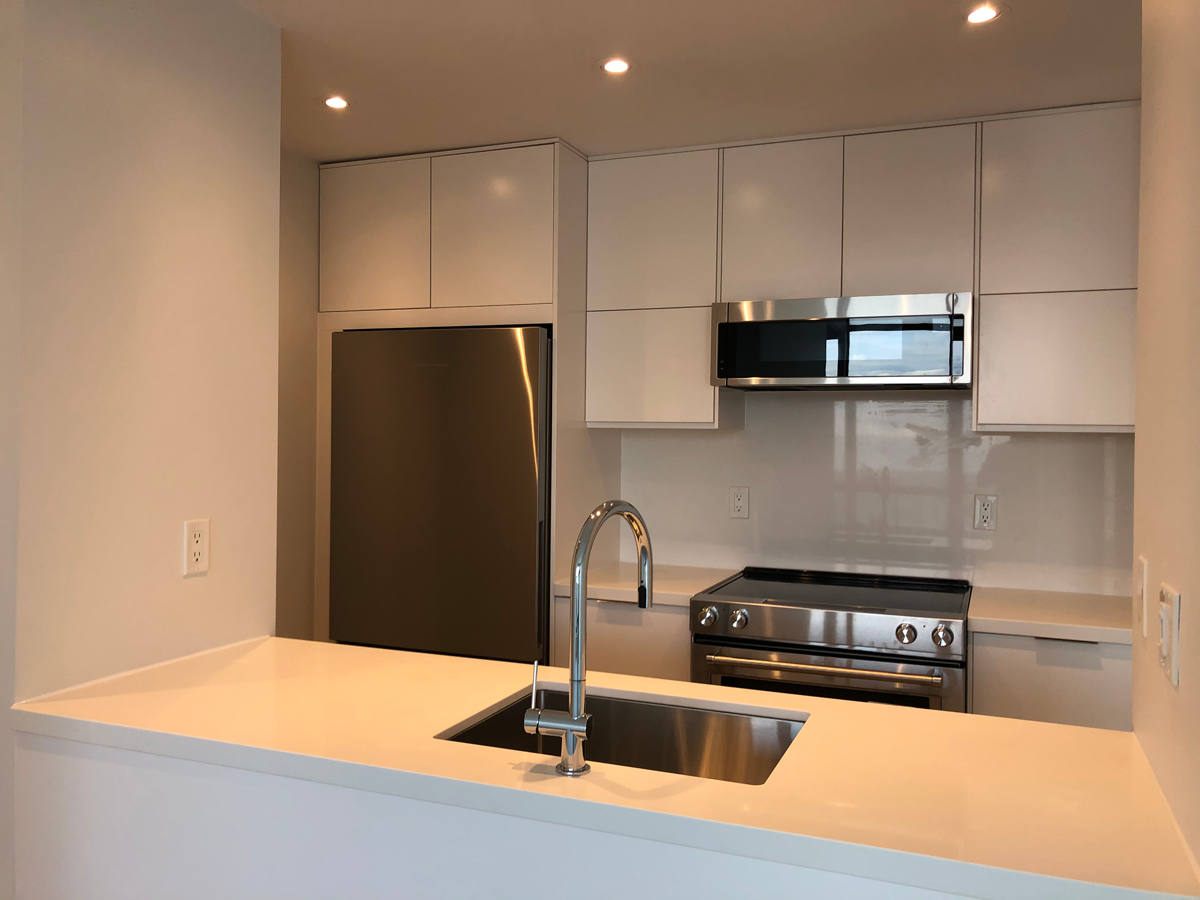 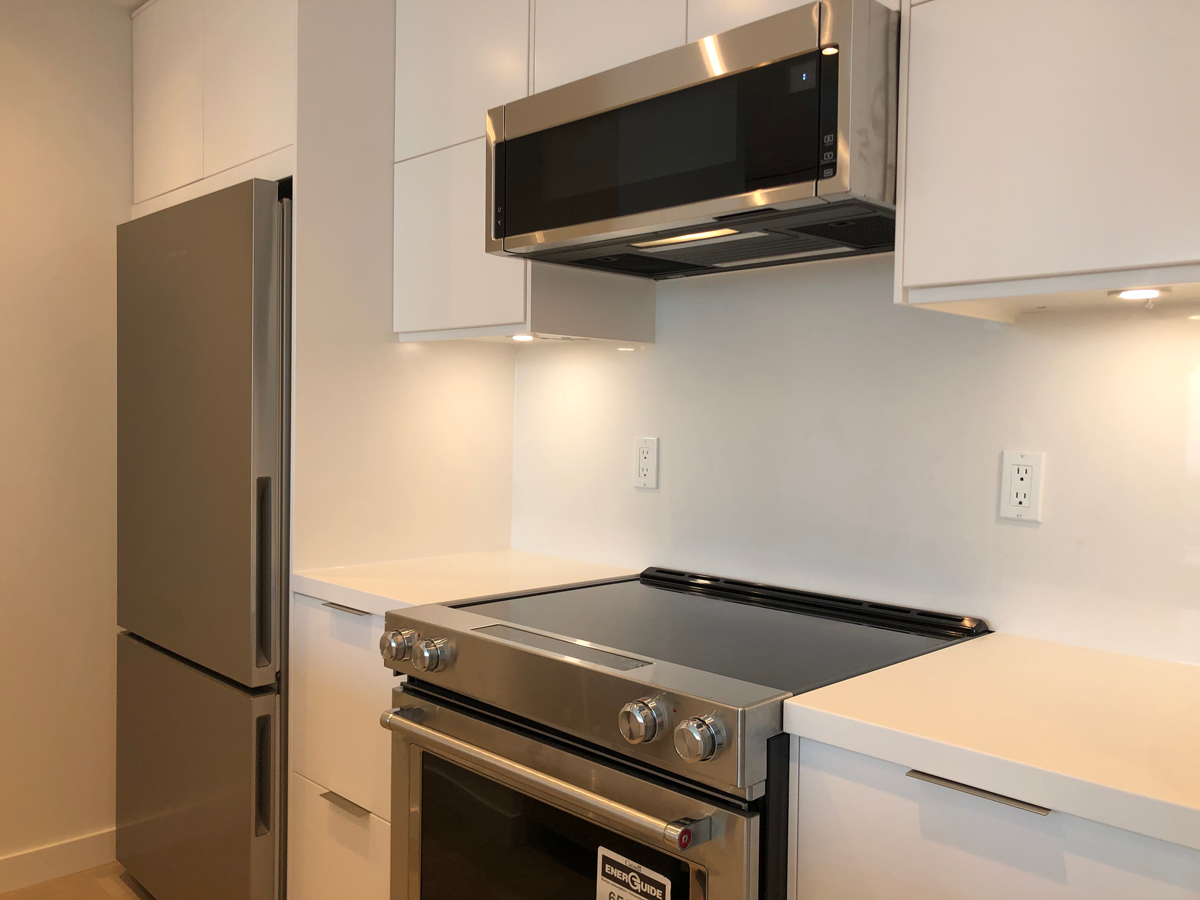 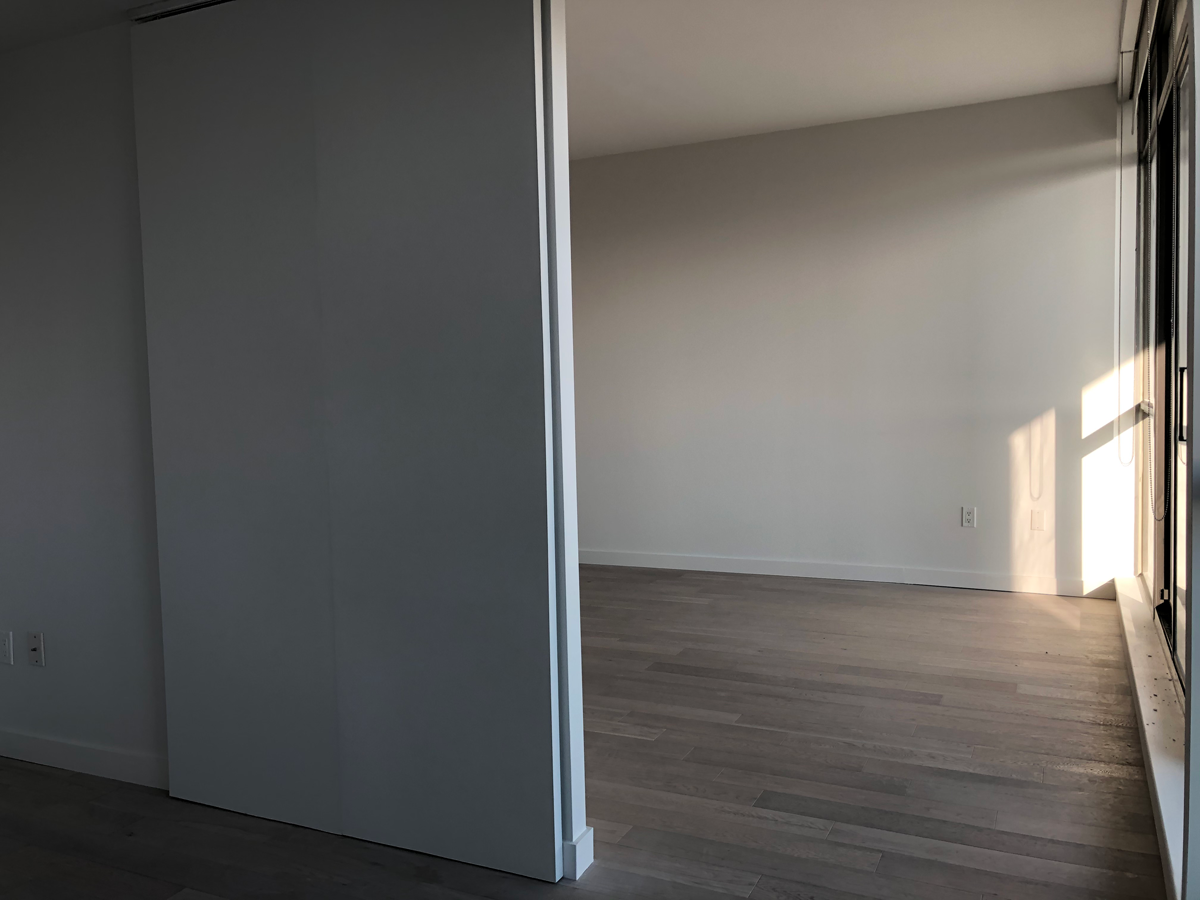 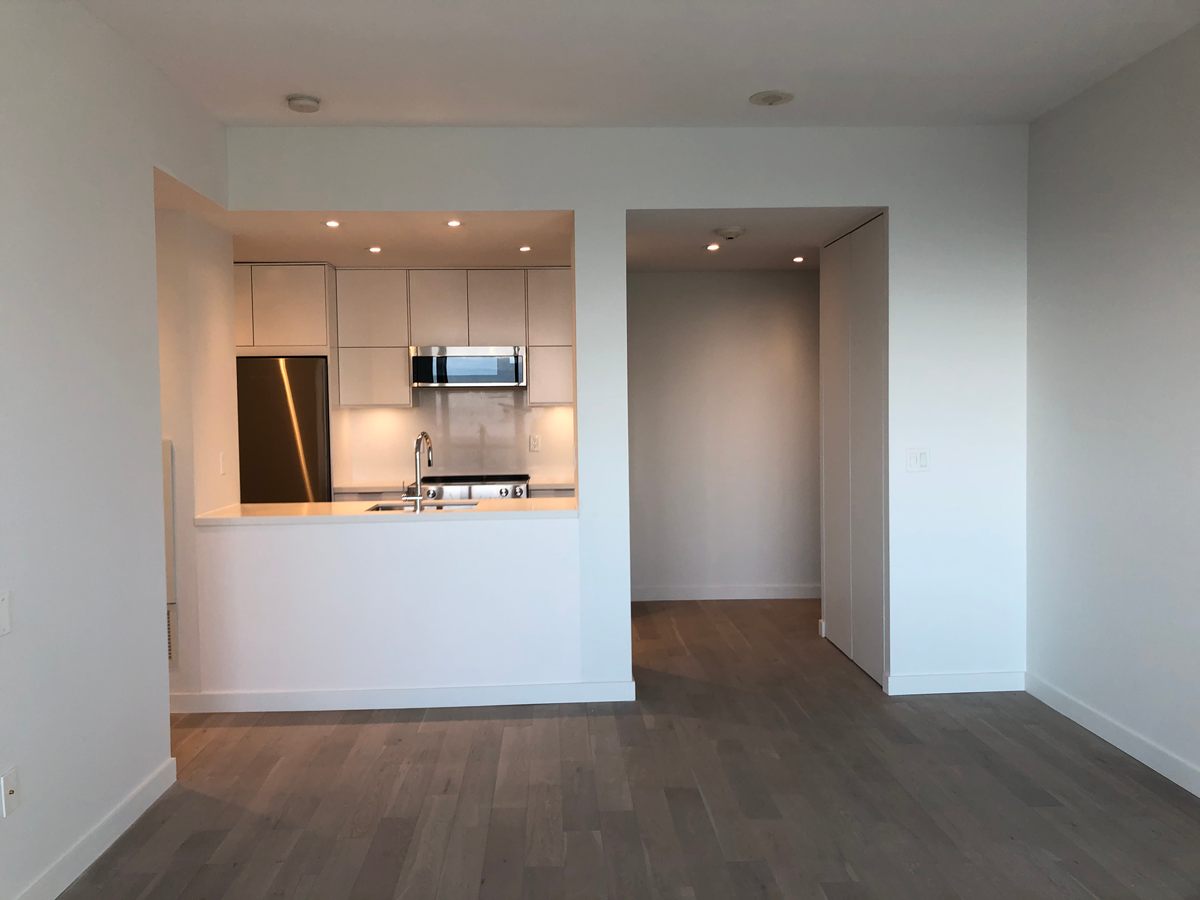 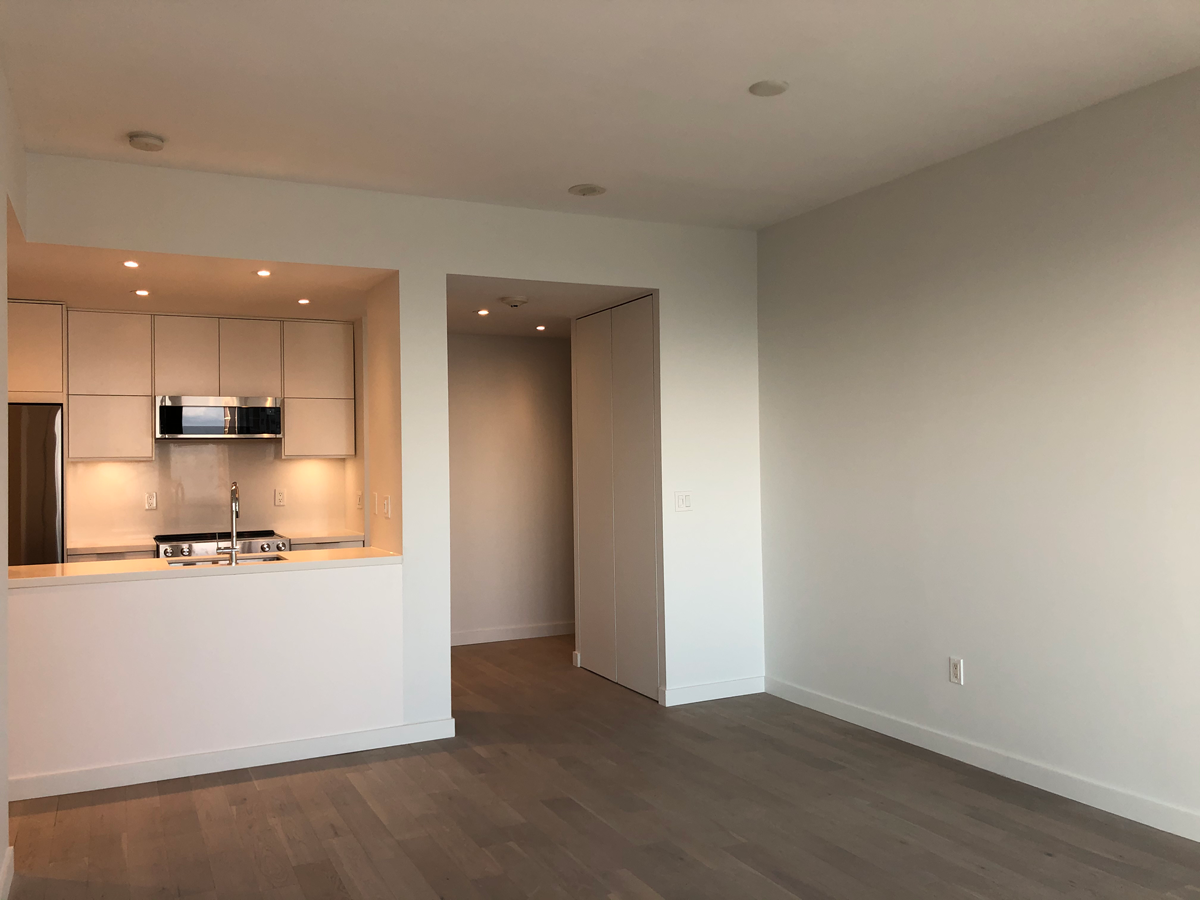 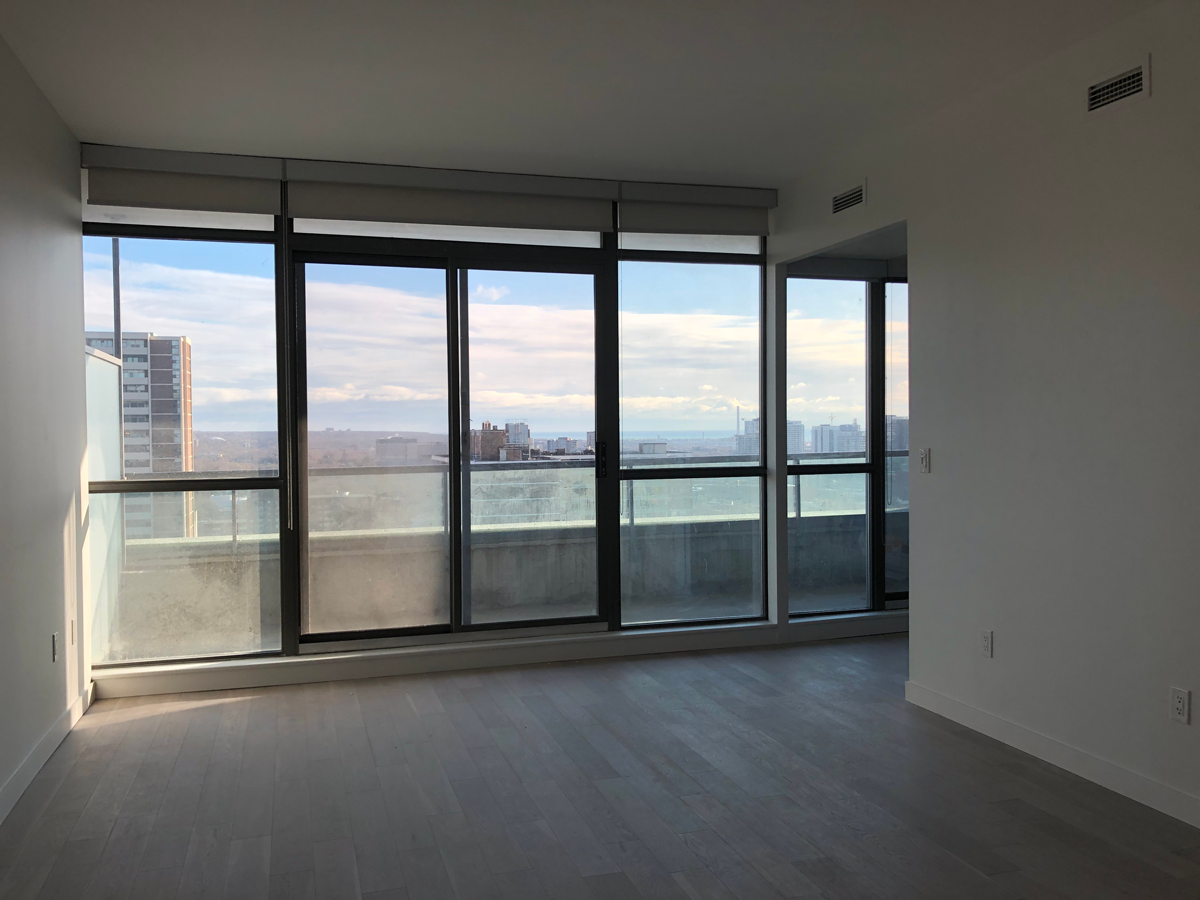