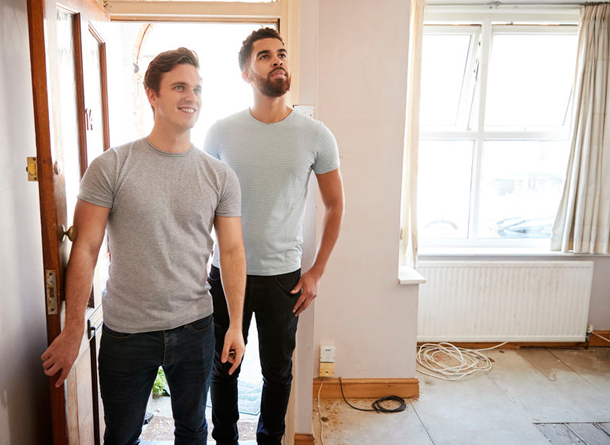 The Ins and Outs of Co-Habitation Agreements

Often I work with couples to find a home and they are unmarried… not an unusual scenario in today’s world! One of the first things I suggest they consider is a co-habitation agreement. It can be an awkward topic to bring up because nobody who goes house hunting is also thinking about breaking up or “unfriending” each other any time soon.

Whether you are living as a couple or just sharing a home together as a way to make real estate more affordable, co-habitation agreements are not only a good idea but they also make you ask and answer some tough questions. What happens if something goes wrong? What if one person wants to sell before the other person? What happens if one of you gets sick and or incapacitated for a long period of time or permanently? Of course, you don’t want to have to think about drafting a document that deals with issues around sickness, break-ups or even death during one of the most exciting and happiest times of your life but the reality is that hard things happen in life and you will be thankful you put everything in writing when things are going well.

Many couples really don’t discuss finances or their thoughts on what’s equitable in a home until it comes time to make a decision, and by then there are too many emotions to be able to be rational about the situation.

It’s rare that you have two people who invest an equal amount of money into a home purchase. In one situation, I had a buyer putting up the down payment, but it was their partner who had a job that qualified them for the mortgage. How do you quantify that?

Another situation is where one partner makes more money and puts more into the house in terms of renovations? What do you do with the gain if the value of the property goes up? What if the property value goes down? How do you share the loss; equally or proportionately? Does that change over time? A good lawyer can help you decide.

Sometimes one half of a couple loses their job. How long does the working partner pay all the bills before they say “I can’t do it any more”. What if one partner wants to sell and the other doesn’t? Everybody’s situation is unique, so it’s best to have a chat with a lawyer to iron out the specifics.

In today’s market where parents are often offering the downpayment so that their child and their girlfriend/boyfriend can get their foot in the real estate door, they are demanding a co-habitation be drafted – if they’ve loaned their child a sizeable chunk of cash for a down payment, they don’t want to lose half their money in the case of a break up.

Personally, I’ve had an agreement with everybody I’ve bought real estate with regardless of how equitable the purchase was. My lawyer had a template agreement on file because he had purchased with somebody before.  I’ve used that agreement for every purchase whether it’s been with a friend or a partner.

It’s equally as important to have a co-habitation agreement when the people who are buying are not romantically involved. Whether it’s because of a disagreement or life change and someone wants to sell their share, again, having an agreement in place makes things simpler.

It doesn’t have to be a strenuous process – when things are going well, it’s usually easy for people to come to an agreement. I am happy to guide them through the process of buying.