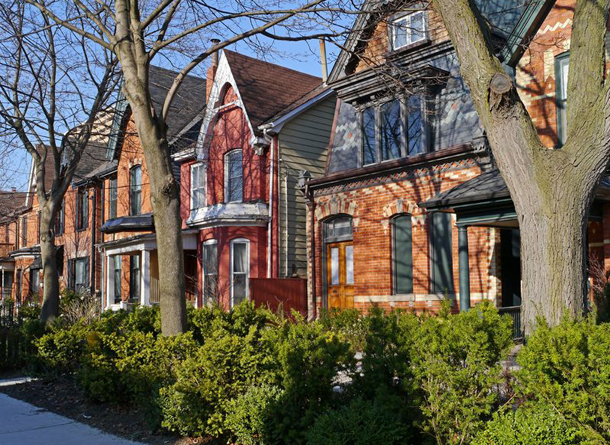 Did you know that a real estate market is considered balanced when there are 4-5 month’s worth of inventory available? This means that based on the average number of sales per month, there are enough listings to satisfy demand for 4-5 months, which in the Toronto market would be roughly 40,000. At the end of May 2017, there were under 20,000 listings available, so we are not quite balanced yet.

After so many months when properties sold either in several days or overnight, the fact that a house can sit on the market for a week makes people feel like a correction is happening. In a balanced market, it’s not unusual for properties to be available for a month or more.

There are currently many more listings available than there were earlier this year, but unique homes are still selling quickly and commanding a premium. For example, I had a loft on Seaton Street that sold in a day; we had quite a few showings and it sold for over asking. That’s happening more frequently when it comes to condos and it’s still happening with single family dwellings, just to a lesser extent.

The additional listings on the market has resulted in a slight softening of prices, but the average selling price in May 2017 was up by almost 15% as compared with May 2016. Having prices rise by 30% or more year over year is simply unsustainable and 15% is even a little on the high side!

So while not everything is selling at asking or list price, we’re not seeing drastic reductions in prices. You have to keep in mind that our pricing was artificially inflated based on low levels of inventory, so even if there is a bit of a decline, sellers are getting far more for their homes than they ever thought they would! News reports that everything is plummeting it’s just their way of selling papers, but prices haven’t really been affected to the degree that it should spark any serious concern.

Prices are being affected from an artificially inflated price point; there’s no reason to panic. The housing market has always been cyclical and this is coming after months of record numbers of homes being sold. Once people realize there hasn’t been that much of a change when it comes to the Fair Housing Act, the market will pick up once again. Right now is an excellent time to be buying because there is more to choose from, but nobody is getting a deal.

For instance, if you are looking to buy a house in Riverdale or Leslieville, you can’t take a week to mull over the decision, but there’s a higher chance you’ll end up with the place you want and not end up on some emotional rollercoaster making offers on more than one property.

I suspect that some sellers who are listing now are selling because they missed the market and want to try to cash in, just in case prices fall. I want to emphasize that while the average price of a home in May 2017 sold for less than it did in April, it’s still higher than the average price paid in March.

Another reason we could be seeing more listings is because this is what happens in the spring/early summer market! Traditionally, more people choose to list and sell at this time of year.

Every time there’s a bit of uncertainty or a lull, it’s a good time to jump in because the market probably isn’t going anywhere and it will continue to grow. I think there are enough indicators that the market will continue to stay strong, with the number of people moving into the city and interest rates remaining low. Even if interest rates go up, it’s still easy to borrow money.

If you have any questions about why this is a good time to buy or the Toronto real estate market in general, please get in touch!