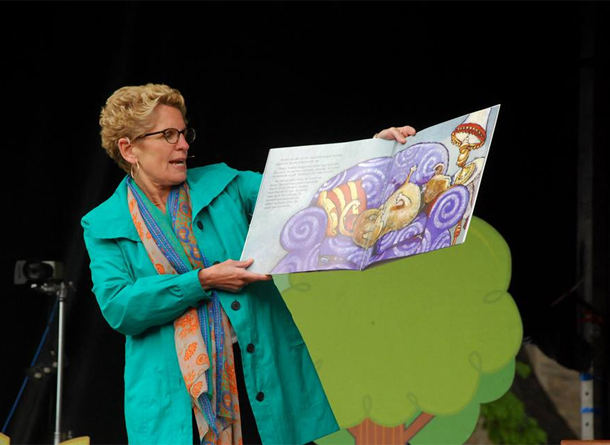 September 5 – 7
Taste of the Kingsway Festival: The Kingsway

This annual fall festival, presented by the Kingsway BIA that runs along Bloor Street West between Prince Edward Drive and Montgomery Rd., isn’t the same old food festival – this is a culinary experience!

It’s a food festival first. Both local and international chefs will wow you with delicious dishes, desserts, drinks, and everything else under the sun. Plus, we stock a marketplace full of vendors who will change what you think is possible for vegan food. It’s a weekend full of cooking demonstrations, free samples, new products, and cookbook launches.

TIFF is dedicated to presenting the best of international and Canadian cinema to film lovers.

What began as a ten-day film festival has grown to embrace programming 365 days a year. TIFF offers screenings, lectures, discussions, festivals, workshops industry support and the chance to meet filmmakers from Canada and around the world.

The Terry Fox Foundation is one of the largest non-governmental funders of cancer research in the country, funding many different types of cancers; current multi-year studies include lung, ovarian, colorectal, pancreatic, oral, liver, oncolytic viruses and many more. In 2013/14, TFF will invest an estimated $23.5 million in three key areas of cancer research.

Some of the usual suspects will be at the Better Living Centre for the Fall Home Show, including Tommy Smythe, Vicky Sanderson, Glen Peloso and more.

The Toronto International Film Festival isn’t the only star studded event this September!

The Grid and Drink Inc. invite you to thrill your tastebuds with dozens of quality beer and cider offerings on the sunny shores of Lake Ontario.

Every year, The Word On The Street aims to have lots of family-fun activities at the festival. TD KidStreet is a special area of the park devoted to families, and offers exciting children’s programming all day in the TVO Kids Stage, the TD Children’s Literature Tent and the Children’s Activity Tent

The Toronto Garlic Festival is the annual celebration of Ontario’s garlic harvest. Not only does the festival promote awareness of Ontario garlic by featuring farmers, gardeners, chefs, home cooks, scientists and health experts from the GTA and southern Ontario, the festival also works year round to highlight Ontario garlic