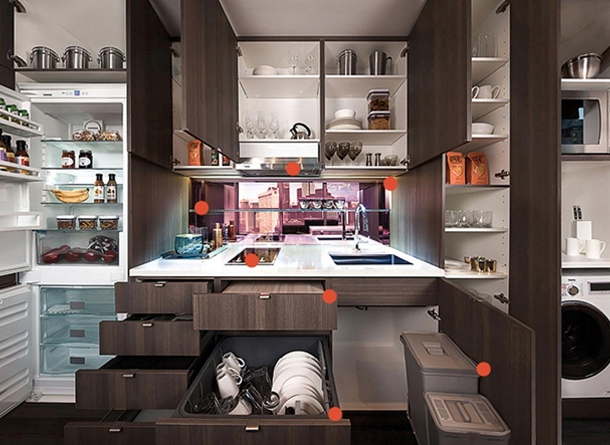 Nearly 3000 micro condo units (less than 500 square feet) will be completed by the end of the year, according to Shaun Hildebrand of Urbanation, a condo research firm. It’s expected that the majority of the units are owned by investors hoping to capitalize on Toronto’s tight housing market.

Now, 500 square feet is small but not ridiculously so, especially if it’s laid out properly. The average size of a new condo in 2014 was 816 square feet, and most of those are two bedroom units, so two people sharing one have even less space each.

One of the benefits of living in a micro condo for renters is no roommates. No dealing with someone else’s dirty dishes, guests or noise. Also, living in a brand new condo means niceties that you wouldn’t find in a traditional rental, such a dishwasher, ensuite laundry and whatever other amenities are available in the building.

The downside is that nobody will ever refer to one of these units as an entertainer’s dream.  Plus,  according to this CTV article, the big five banks are hesitant to issue mortgages with the concern that investors will want to sell at the first sign of a market downturn and nobody will want to buy them.,

While it may be true that the banks are hesitant, I don’t think investors would have a problem finding buyers looking to get into the city at an attractive price point. Of course, location and layout would factor in, but that should be considered regardless.

Our problem could be worse, though. One Vancouver developer is proposing ‘nanosuites’ under 200 square feet.