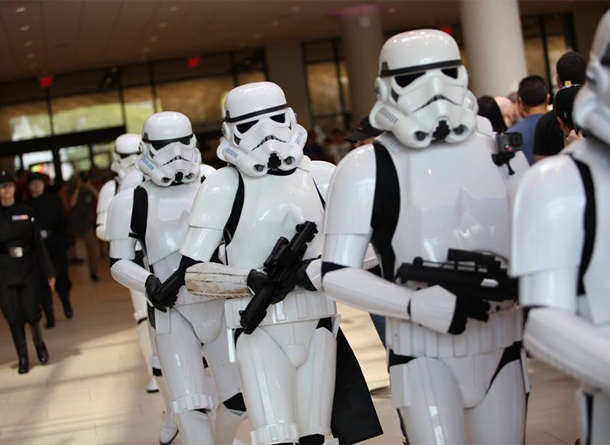 From antique prints to mid-century furniture, architectural salvage and fine jewellery, the Toronto Antique and Vintage market celebrates everything retro. Browse through over 4,000 vinyl records or watch the Toronto Vintage Fashion show for a creative look into the past and the opportunity to pick up a new treasure. Whether you’re looking for clothing, furnishings, or just inspiration, the Antique and Vintage Market promises to offer a wide array of unique items and experiences.

Toronto’s 183rd birthday is almost among us! Celebrate Toronto, a not-for-profit founded in 2013 with the goal of boosting awareness and participation around the city, will be holding a two-day celebration in honour of our city’s anniversary. The theme is “Toronto: the Past, Present, and Future,” and the festivities will include skating, local vendors, food trucks, and an array of Toronto-themed activities.

So far, 2017 has been extremely eventful and steeped in a heated political climate. Intense world issues affect everyone differently and prompt people to respond and express themselves in a distinct and individual manner. Artists around the world are using creative outlets to express emotions and make statements in moving and inspiring ways, and on March 8th Hot Docs Cinema will be celebrating the contributions of artists from the seven countries affected by President Trump’s January 27th travel ban by screening films by directors from each nation (Iran, Iraq, Libya, Somalia, Sudan, Syria and Yemen). Be sure to catch “The War Show” by Syrian radio host Obaidah Zytoon, whose documentary comprised of over 300 hours of amateur footage is described as “Less a political statement than a window into a world coming apart at the seams.”

Sugar Shacks are a prized icon of Canadian culture and history. Originally used by French Canadians in  the 17th century, the cabins are still widely used today to drain sap from maple trees and boil it into syrup. On March 11th and 12th, Sugar Shack TO will be setting up two sugar shacks as well as a winter marketplace and ice activity stations at Sugar Beach. From the maple sugaring demonstration to the “Battle of the Chainsaws” the event promises to celebrate all of the North’s most cherished traditions.

The first St. Patrick’s day parade was held in the 1760s in New York City. Today, the parades and celebrations are held worldwide and result in the consumption of over 13 million pints of Guinness! Toronto’s parade this year will begin at St. George and Bloor and conclude at Nathan Phillips Square. The Parade Society will also be hosting a special Marshal’s Ball at Casa Loma featuring Irish dancers, live musicians, and a DJ in celebration of the city’s Irish community.

The preparations are underway for this year’s celebration of International Women’s Day, and the organizers are anticipating a high turnout and strong energy in wake of recent events in the US. The event will begin with a rally which will be followed by a march and fair. If you’re looking for a more relaxed way to commemorate the day, Foundery Events is hosting “A Woman’s Day Screening,” a free event featuring films made by women. Or, check out the Women Refugee Art Exhibit at the Offsite Coffee bar to learn about the experiences and historical significance of female refugees in Canada and around the world.

For many cosplay and sci-fi enthusiasts, ComiCon is the event of the year, and this year’s installment is shaking up to be as star-packed and exciting as ever. Legendary comic artists from around the world will be present as well as a roster of celebrity guests – including a public reunion of the beloved Degrassi cast and the stars from Bones. YouTube personalities and countless vendors will also be attending the event, which will be hosting, among other things, a 90s video dance party and a behind-the-scenes special effects workshop.

We all know about the romance and intrigue of running away to join the circus – unfortunately, doing so is not reasonable for most. For people interested in improving their flexibility and acrobalancing skills, however, Cirque-ability will be holding free crop-in circus classes at the Sony Centre for the Performing Arts. No experience is required to take part in the workshops on stretching and acrobatic gymnastics for beginners.

The Toronto Storytelling Festival was first held in 1979 and has lived through the emergence of Netflix, gaming consoles, and other forms of technological entertainment and remains one of the world’s biggest celebrations of “the arts of voice and story.” Authors and public speakers alike will be reading from celebrated international classics such as French fairy tales and newly published books. For Canada’s 150th anniversary, the festival has partnered with The Shoe Project and the Parent-Child Mother Goose program to highlight stories brought to Toronto by refugees and immigrants.

Come sample from over 150 brews at the second Toronto Winter Brew Fest, held at the Heritage Court in the Enercare Centre. A variety of local food trucks and vendors will be on hand alongside representatives from 35 breweries across Ontario and Quebec. Wine, spirits, and non-alcoholic beverages will also be available for sampling and pre-ordering. If you’re looking for a unique and fun volunteering opportunity, the Brew Fest is a great event to help out at – volunteers will receive an official souvenir glass and t-shirt as well as 40 “Brew Bucks” to use at the event!

The One of a Kind Show is well-known across the province as a place where artisans, farmers, designers, chefs, and architects come together to create an incredibly diverse and creative marketplace. The spring show is the perfect time to pick up an early mother’s day gift, Easter item, or just something to celebrate the increasingly warm weather – plants, floral textiles, fresh honey and handmade garden fixtures from the One of a Kind Show are a great way to kick off the spring season and support local businesses.

Canada’s largest yoga experience includes over 300 exhibitors and 700 hours of yoga sessions tailored to all types of participants: instructions and workshops about yoga will be focusing on elderly people, children, pregnant women, and people of all body types to find the routine and exercises that are right for them. There will also be lectures on yoga instruction as well as classes on chanting and cultural arts.