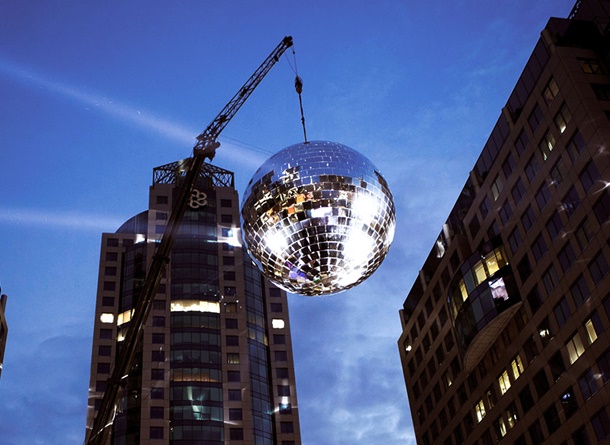 Can you believe that this arts festival has been running for ten years? This year, one of the highlights is the James Plays Trilogy, which has been called a ‘huge theatrical event’ and is taking place at the Hearn Generating Station.

Get down to Union Station on June 18 and 19 for a Neighbourhood Food Festival, where “Fifteen restaurants from across the GTA will offer their signature dishes in a two-day smorgasbord.” Note that admission is free, but each food dish is $6. There are chef demonstrations and games (giant Jenga pieces!) and a dj.

If nothing else, it’s a great opportunity to see the Hearn Generating Station – the world’s largest mirrorball will be on display there until the 26th.